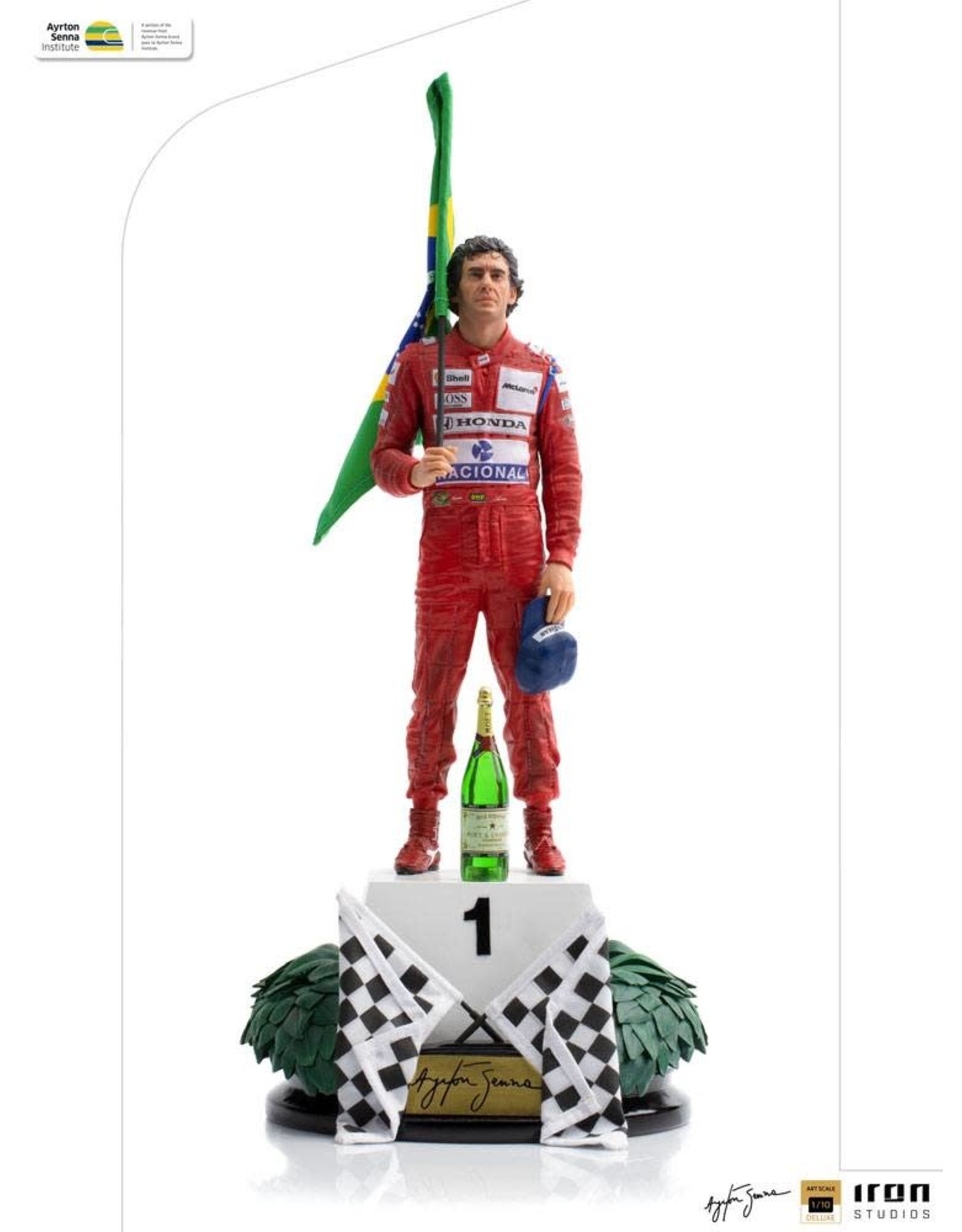 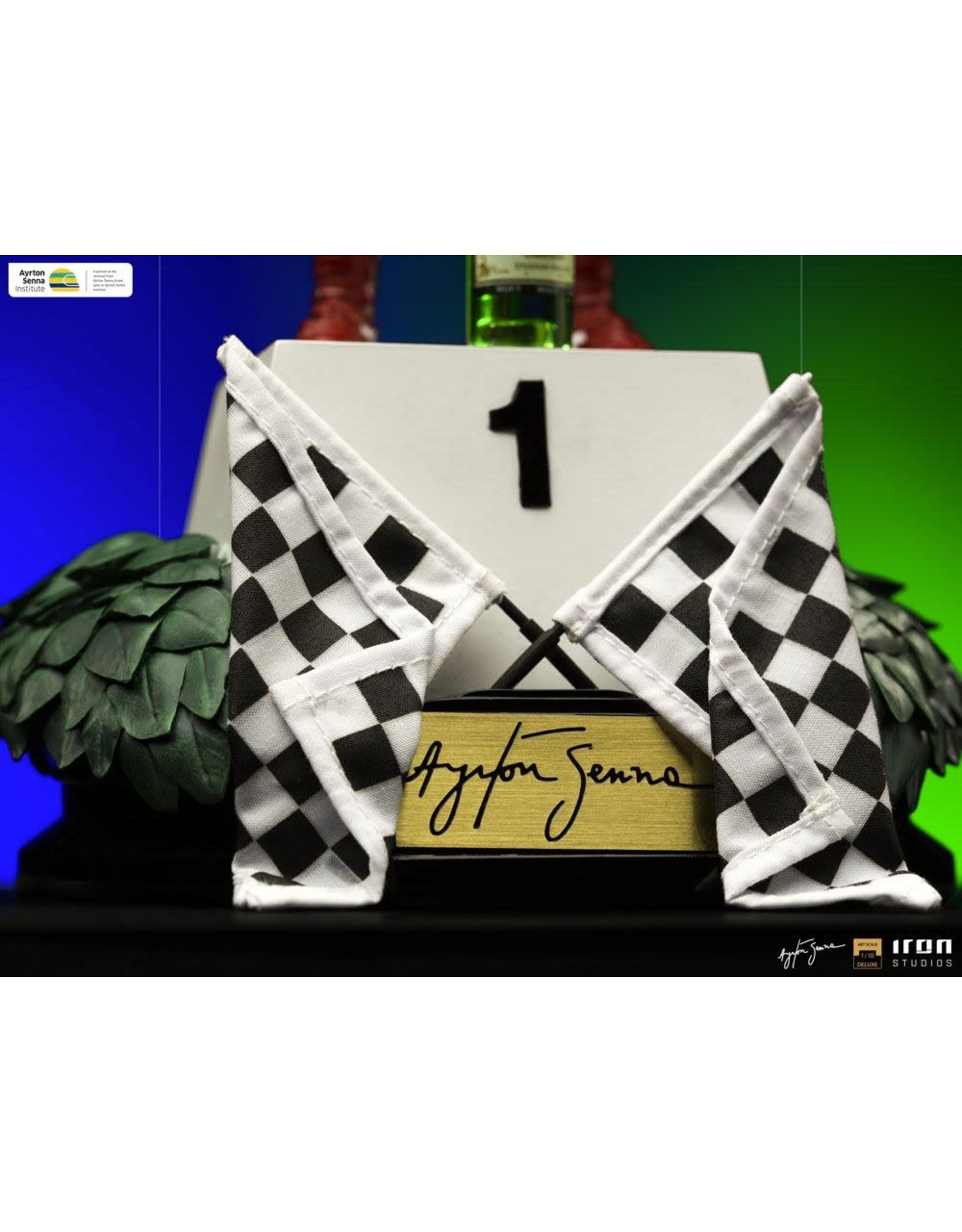 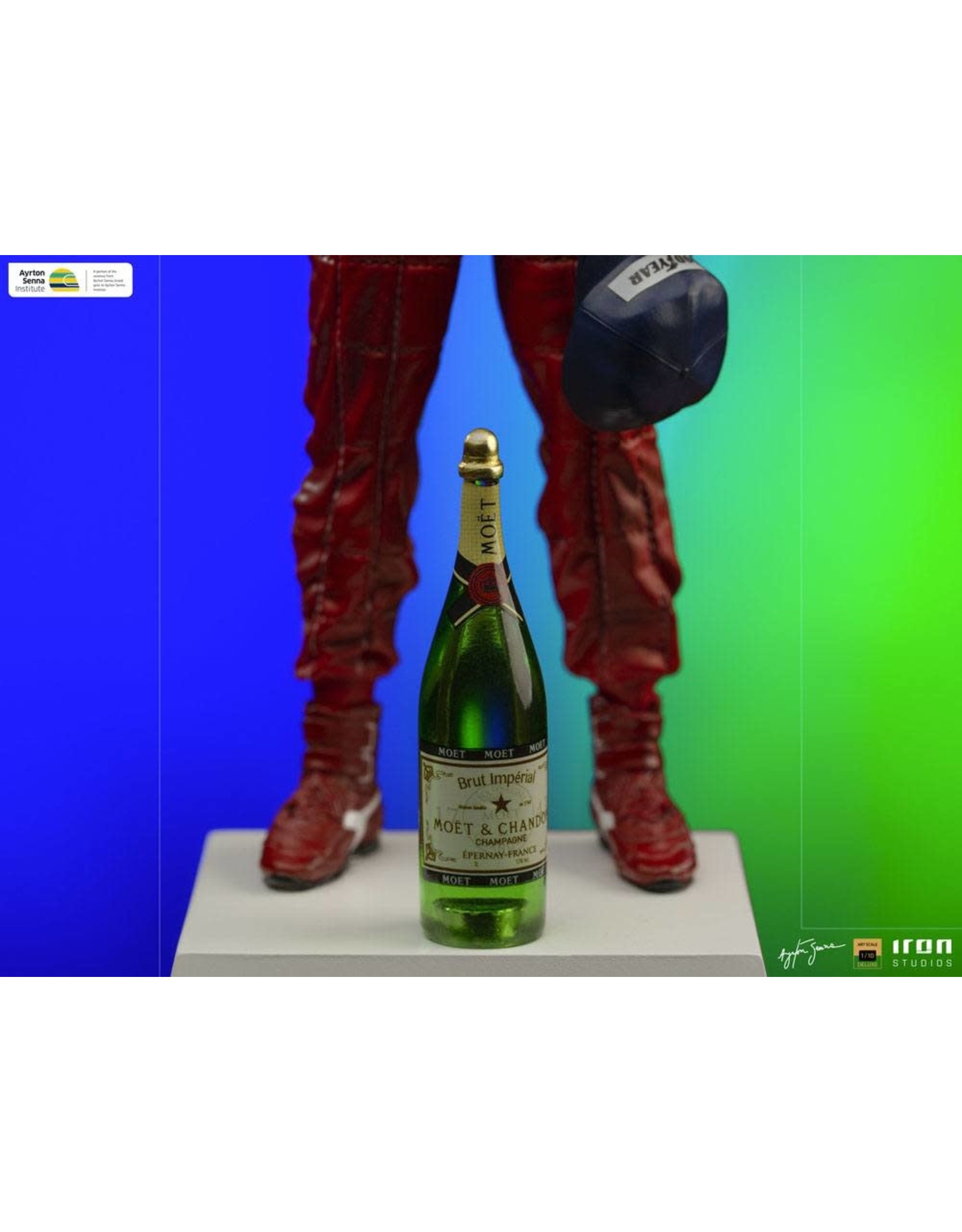 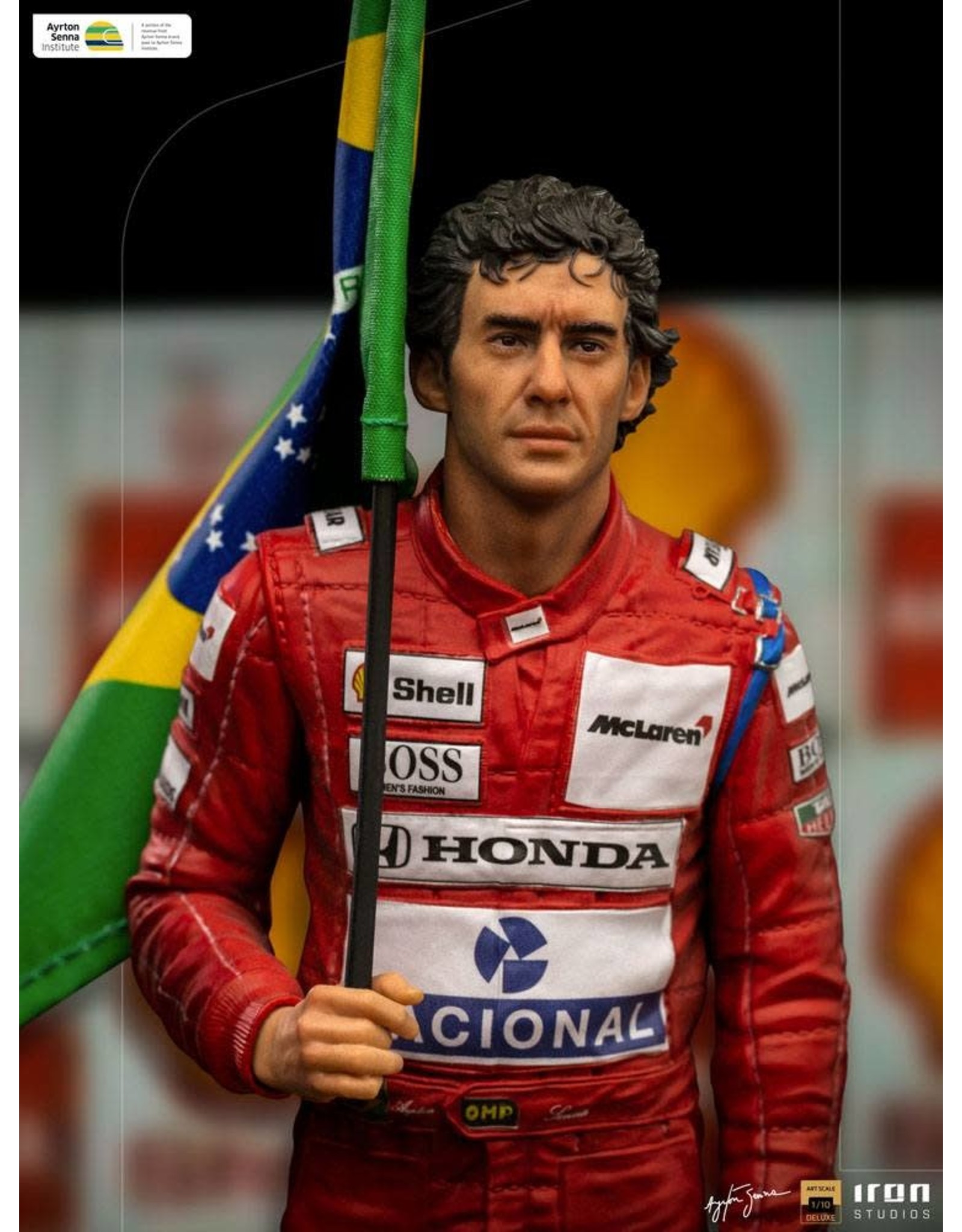 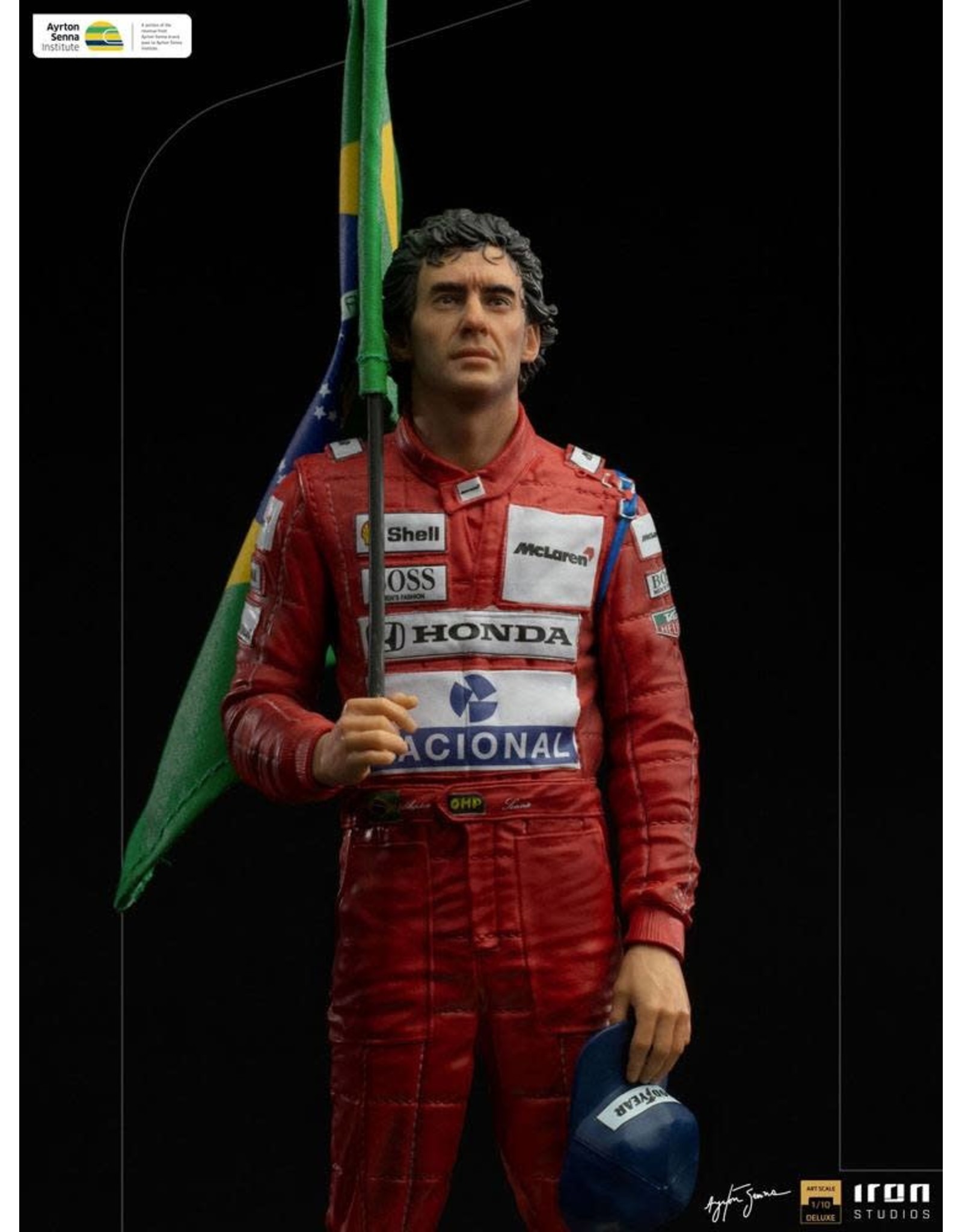 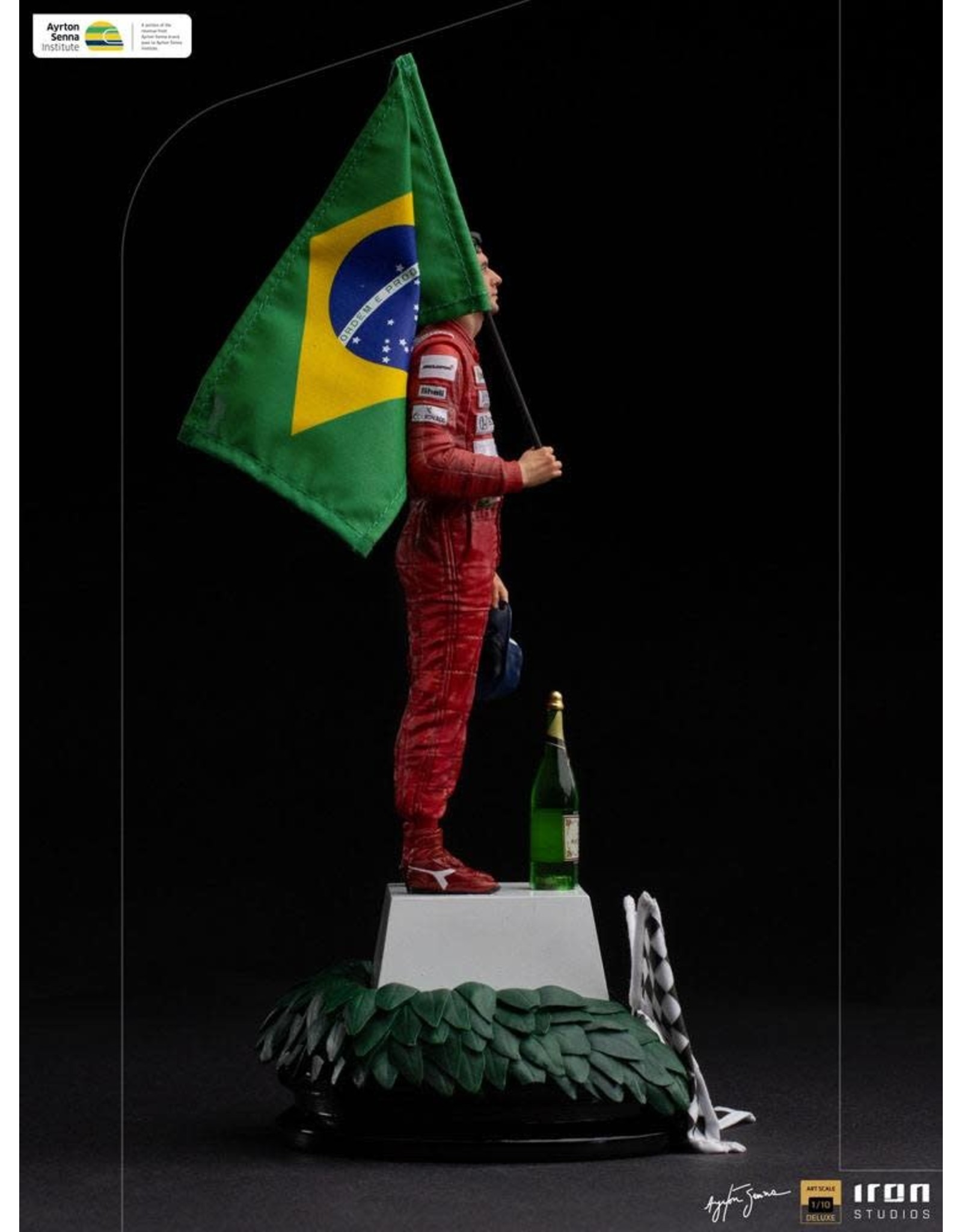 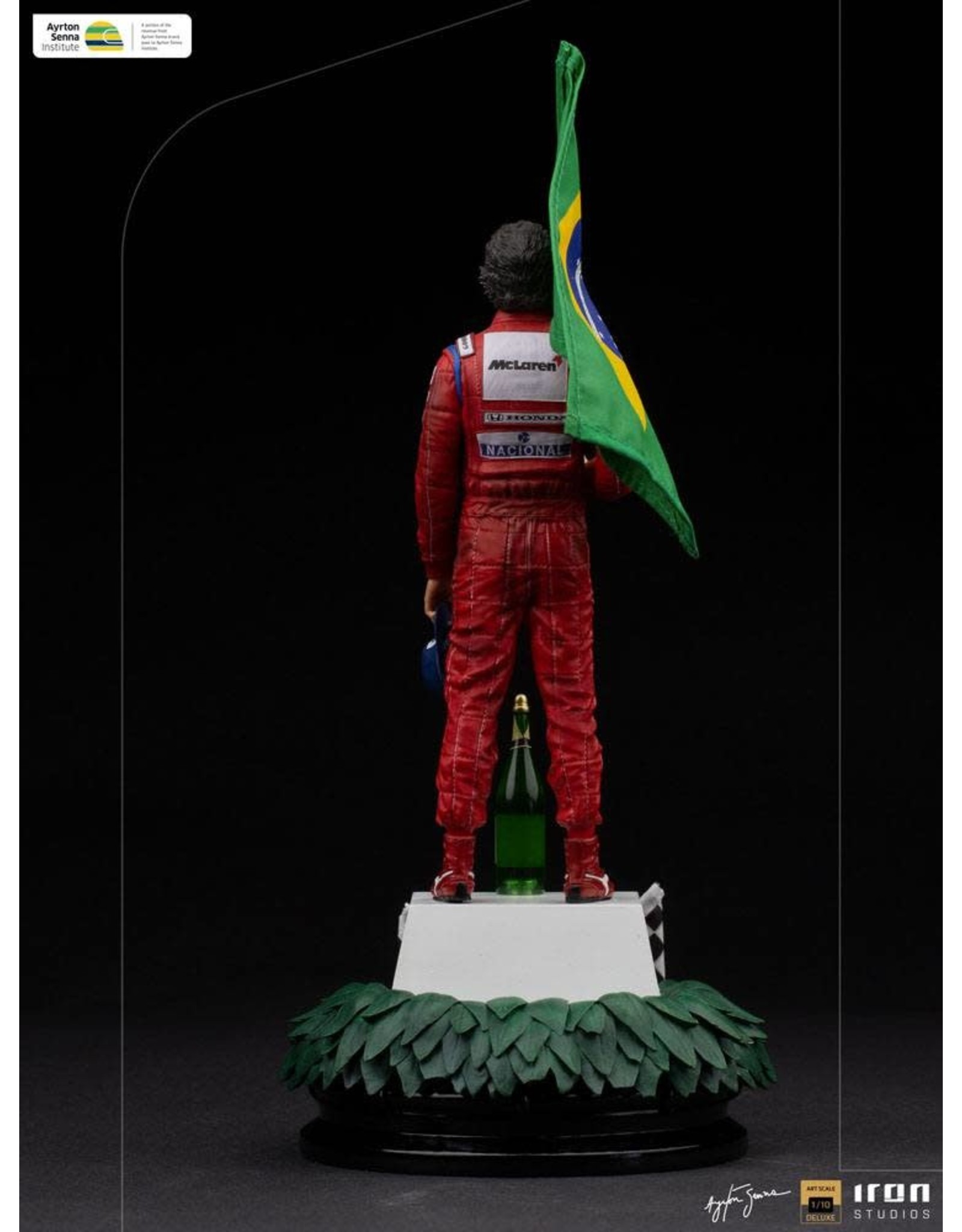 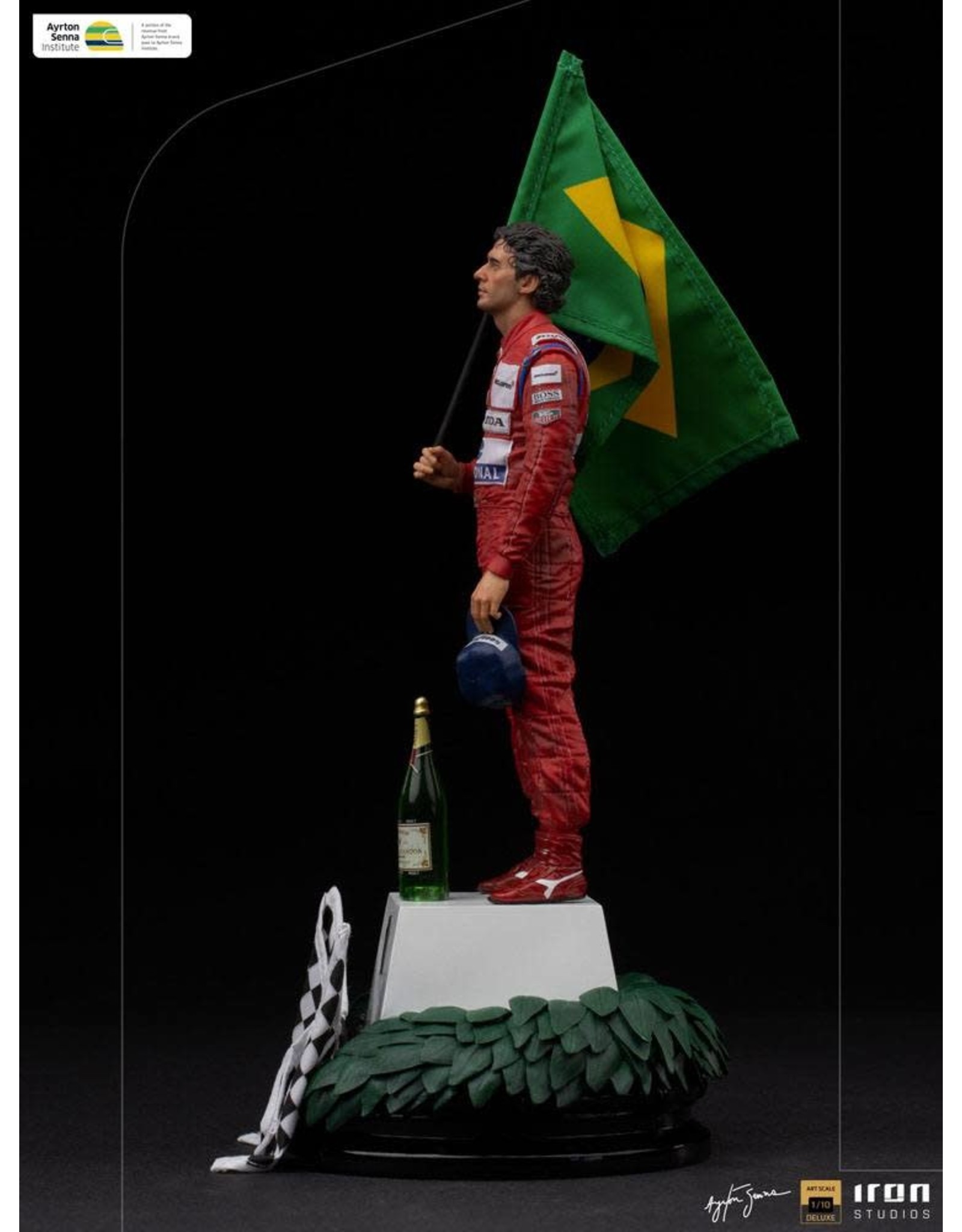 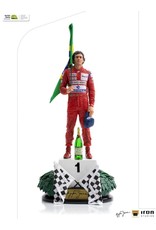 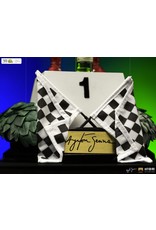 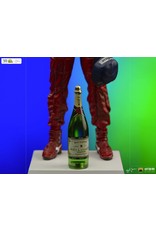 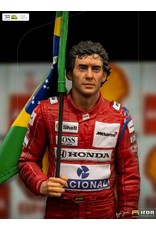 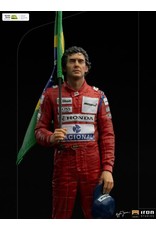 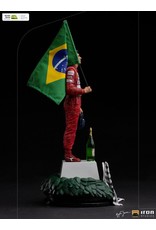 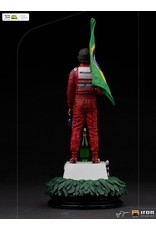 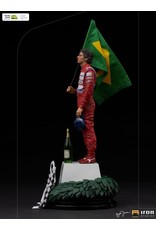 Much more than a champion, a true hero, the greatest Brazilian race driver of all time, the legendary and eternal icon Ayrton Senna is back in one more historic statue from Iron Studios!
Almost 30 years ago, on the unforgettable March 24th of 1991, Senna made history at the Brazilian GP of Formula One, where he not only won his first victory in his native country, but he did it in a heroic and courageous way.

In an extremely disputed race, facing great race drivers like Nigel Mansell and Riccardo Patrese, on a rainy day on the circuit, making everything even more complicated, Senna, who had already lost the third and fifth gear of his car, ended up running out the fourth also, with the exchange rate locked on the sixth, he made the last seven laps in an effort beyond the limits to stay on track until the end of the race, crossing the finish line less than three seconds ahead of Williams, whose race driver was Patrese.

The first place on the podium has never been more deserved than in this event. And to celebrate this historic moment in motorsport, Iron Studios proudly presents it's statue"Ayrton Senna - 1991 - Art Scale 1/10 - Iron Studios", to eternalize even more this fantastic victory in the career of our beloved champion.

Wearing his striking red jumpsuit, on the base of the podium of the very first place, decorated with the flags of victory, with the commemorative sparkling bottle at his feet and his signature on a plaque on the front, our hero poses contemplative and proud of himself , although the exhaustion is visible in his countenance, due to the effort made to his limit, with the Brazilian flag in his right hand and resting on his shoulder, and the blue cap of the former sponsor Banco Nacional in his left hand.


The Polystone statue stands approx. 30 cm tall and comes with matching base.