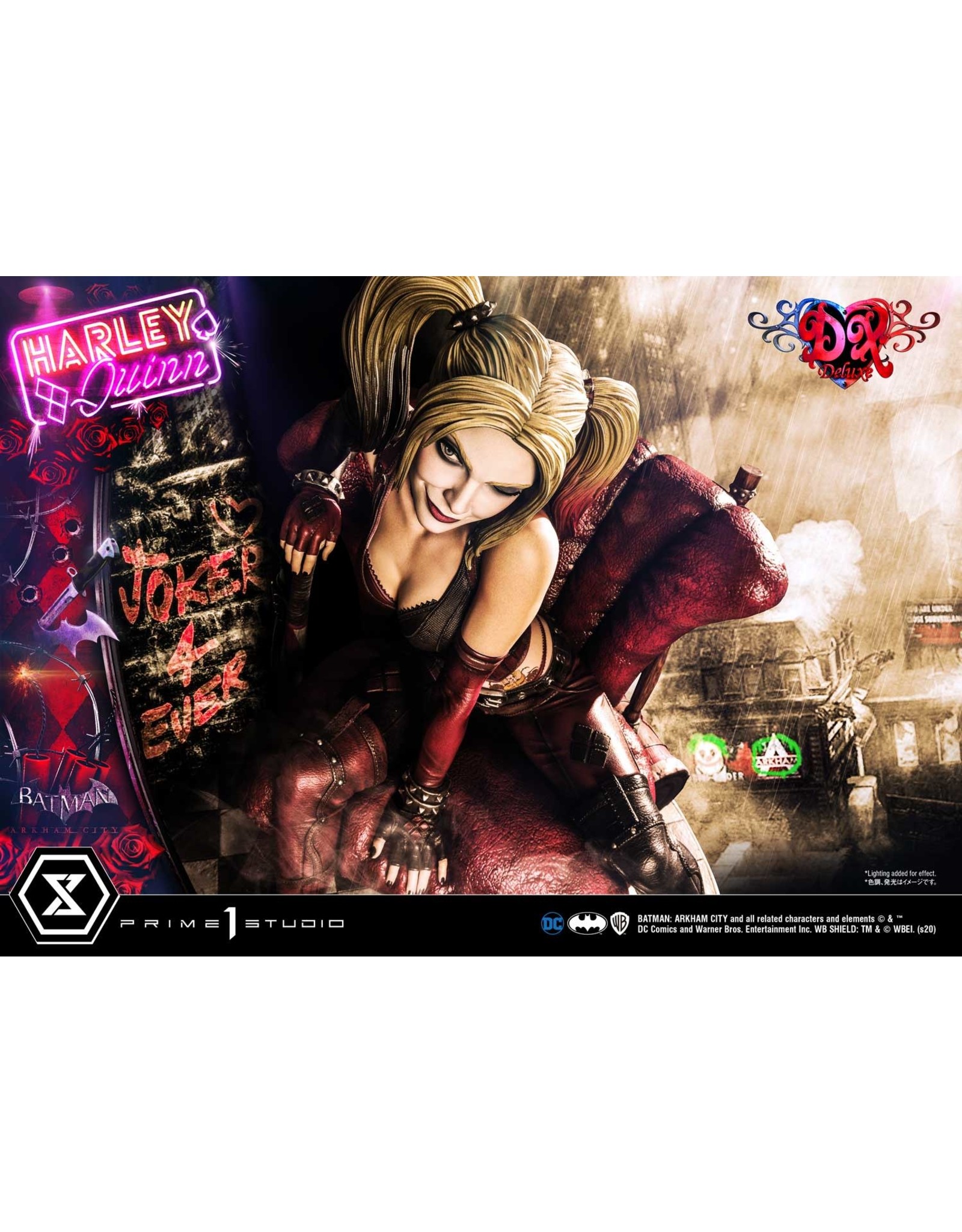 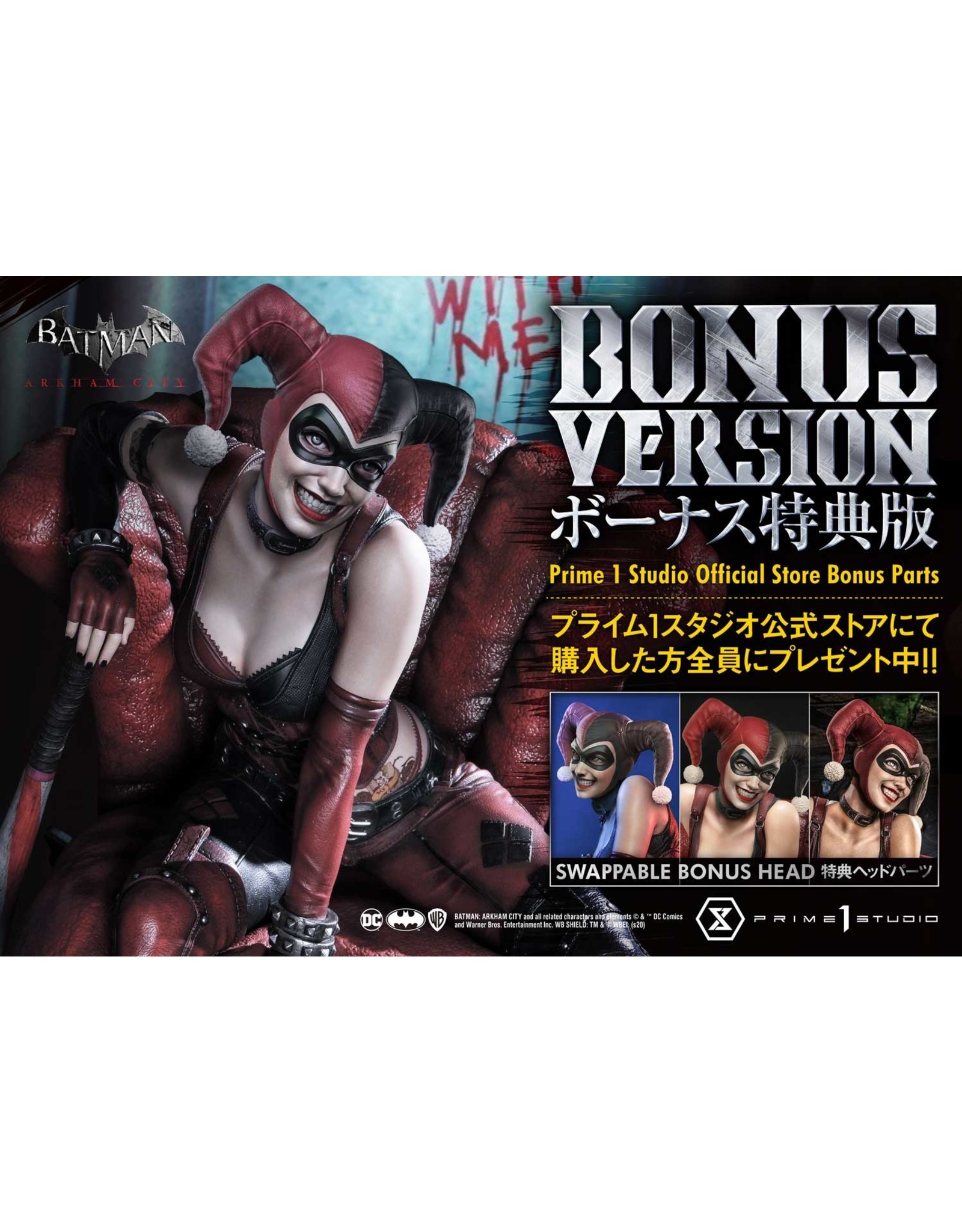 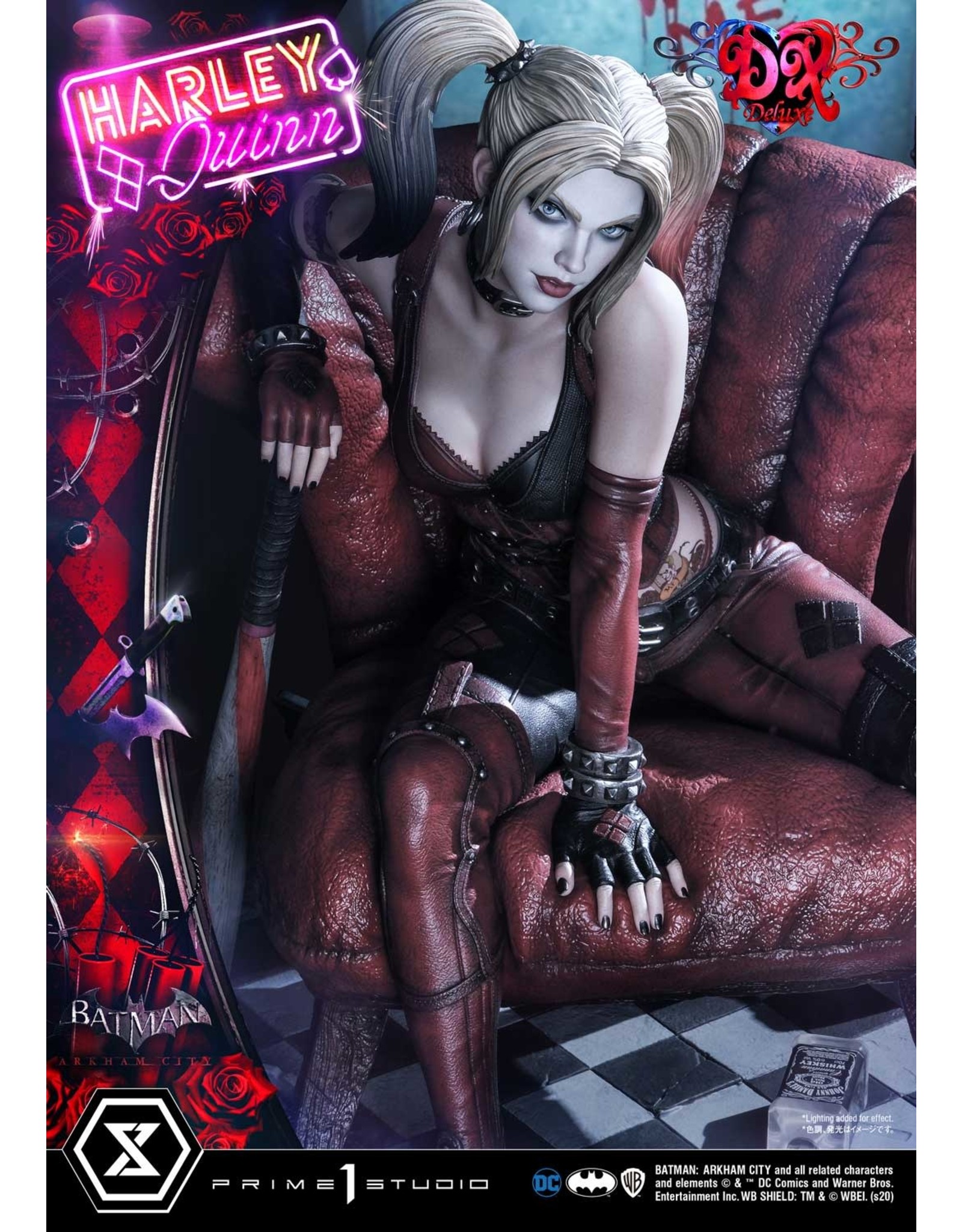 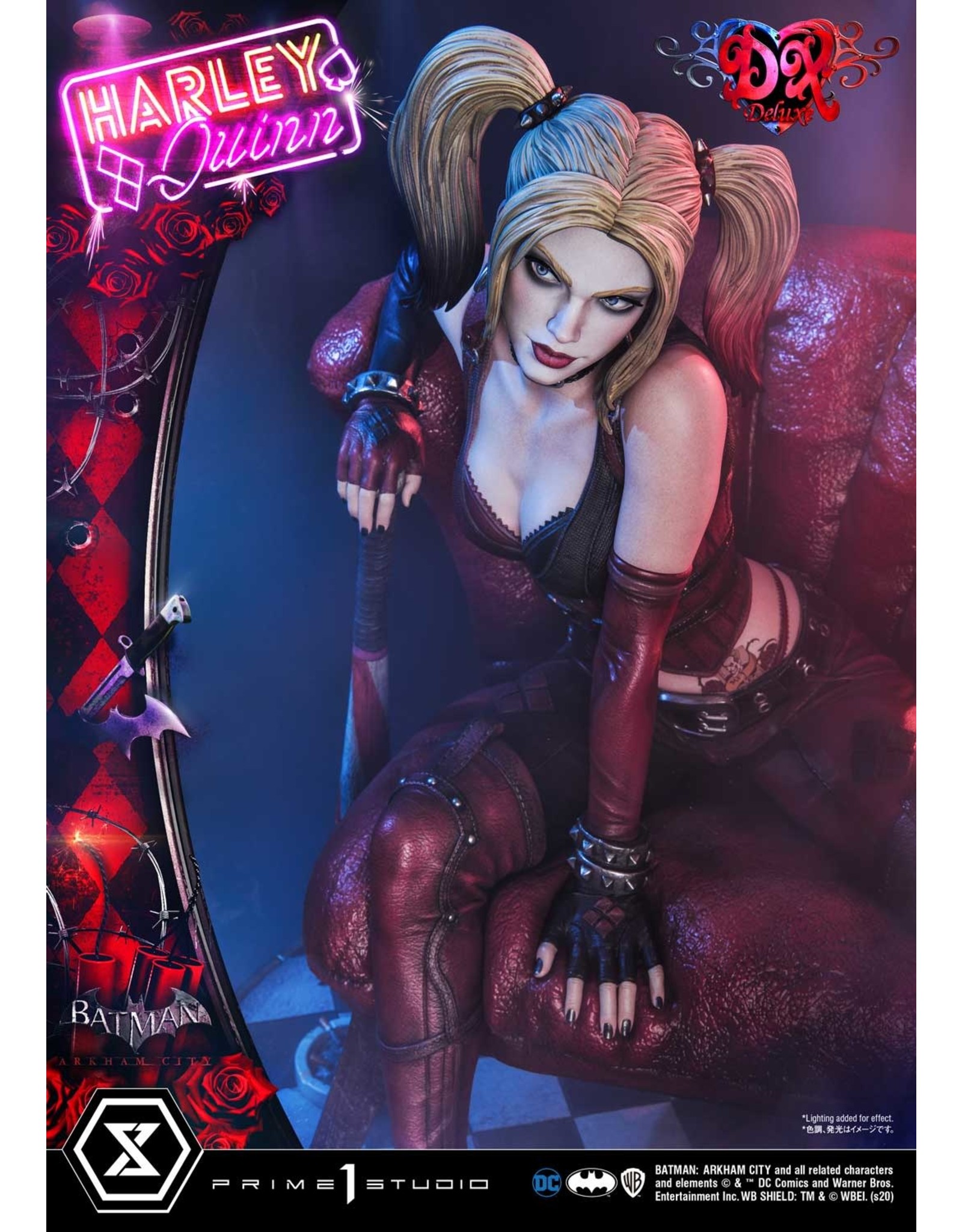 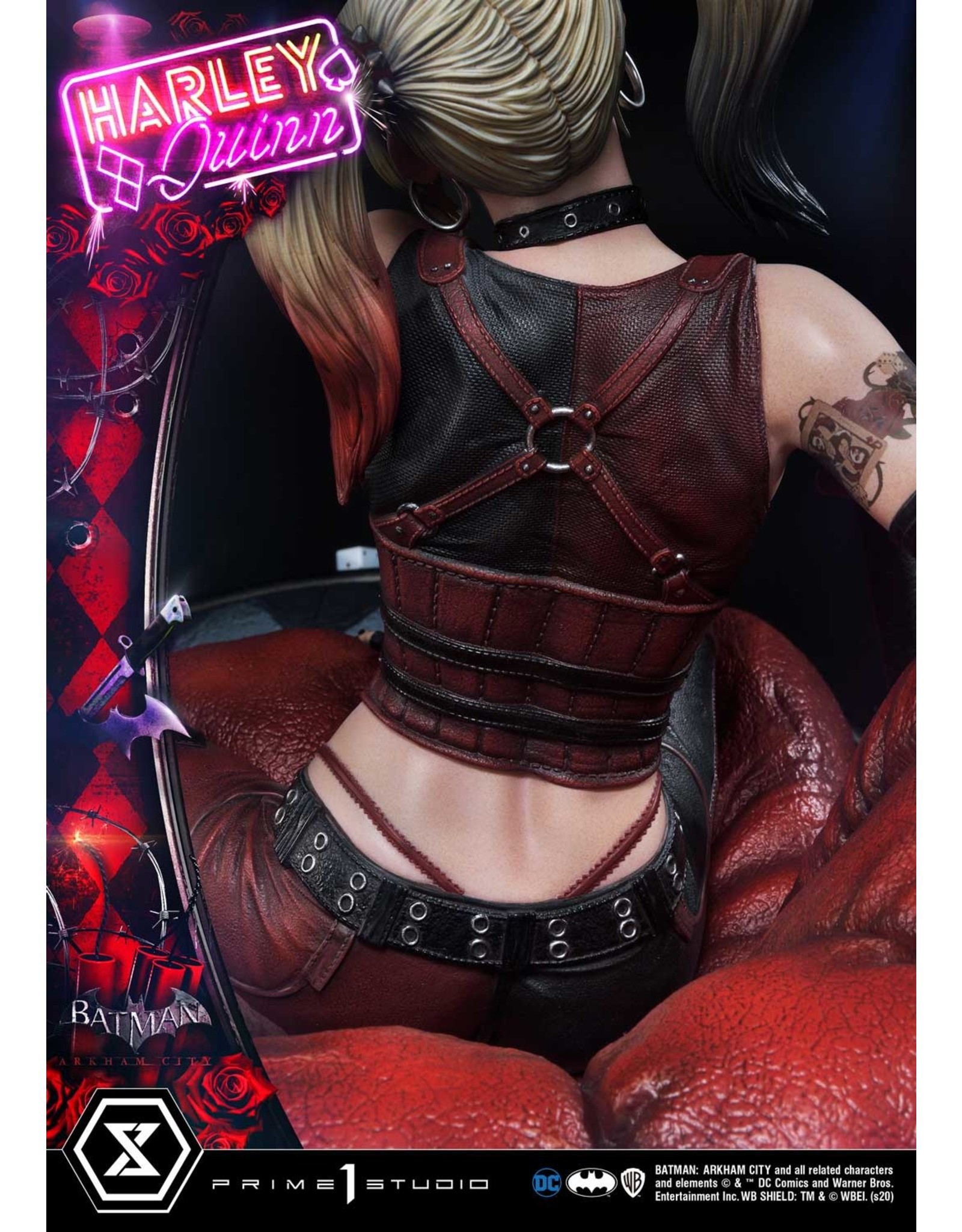 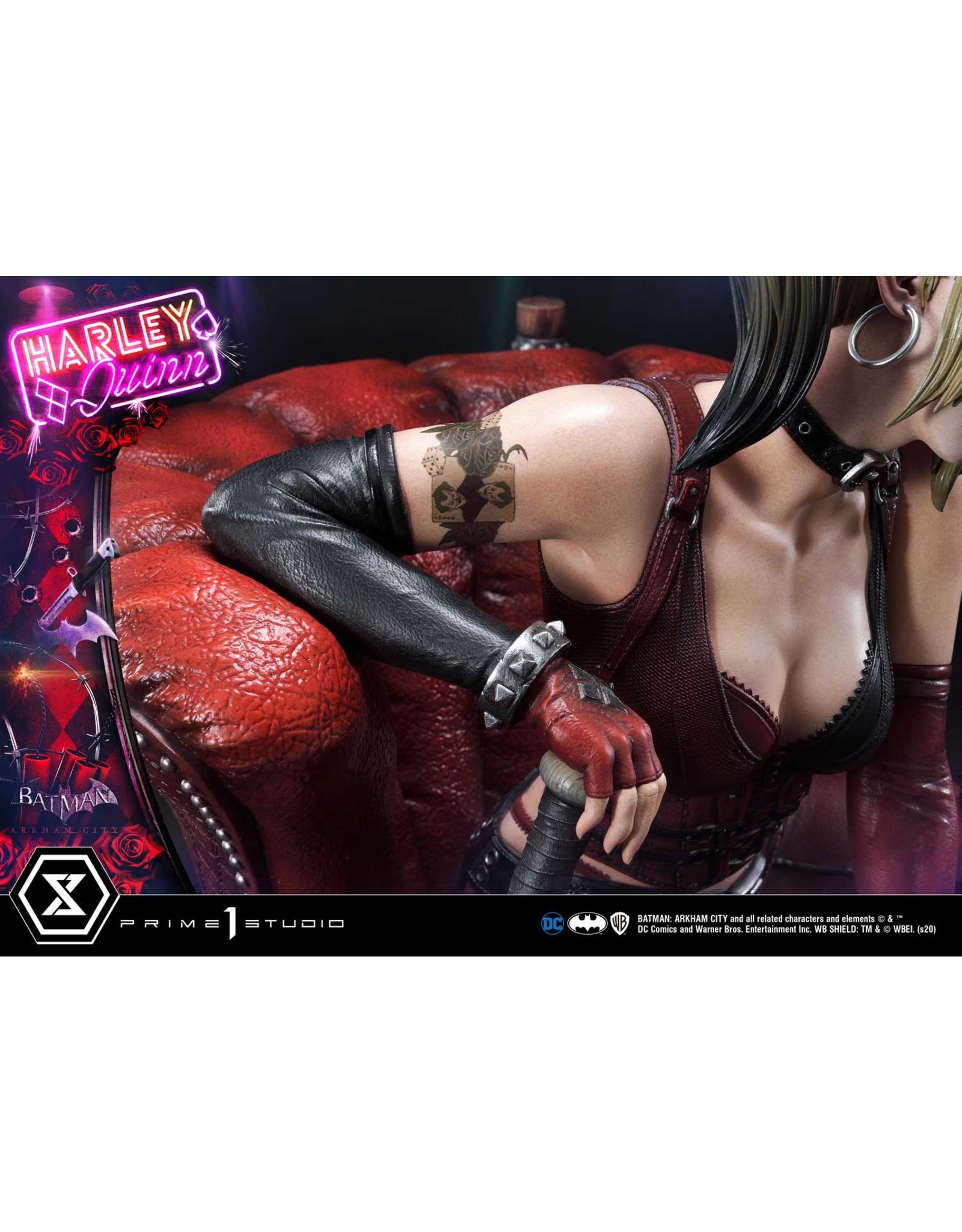 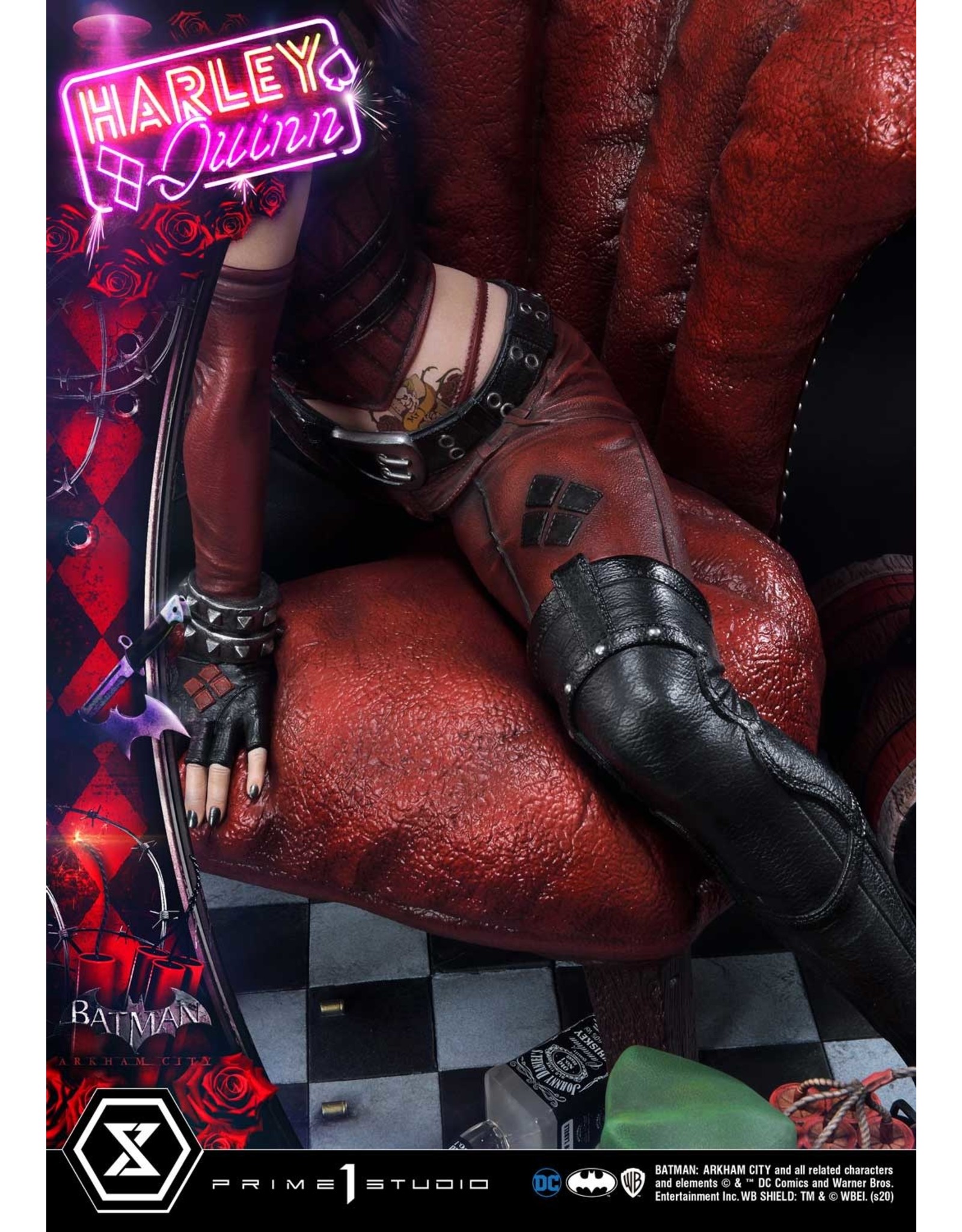 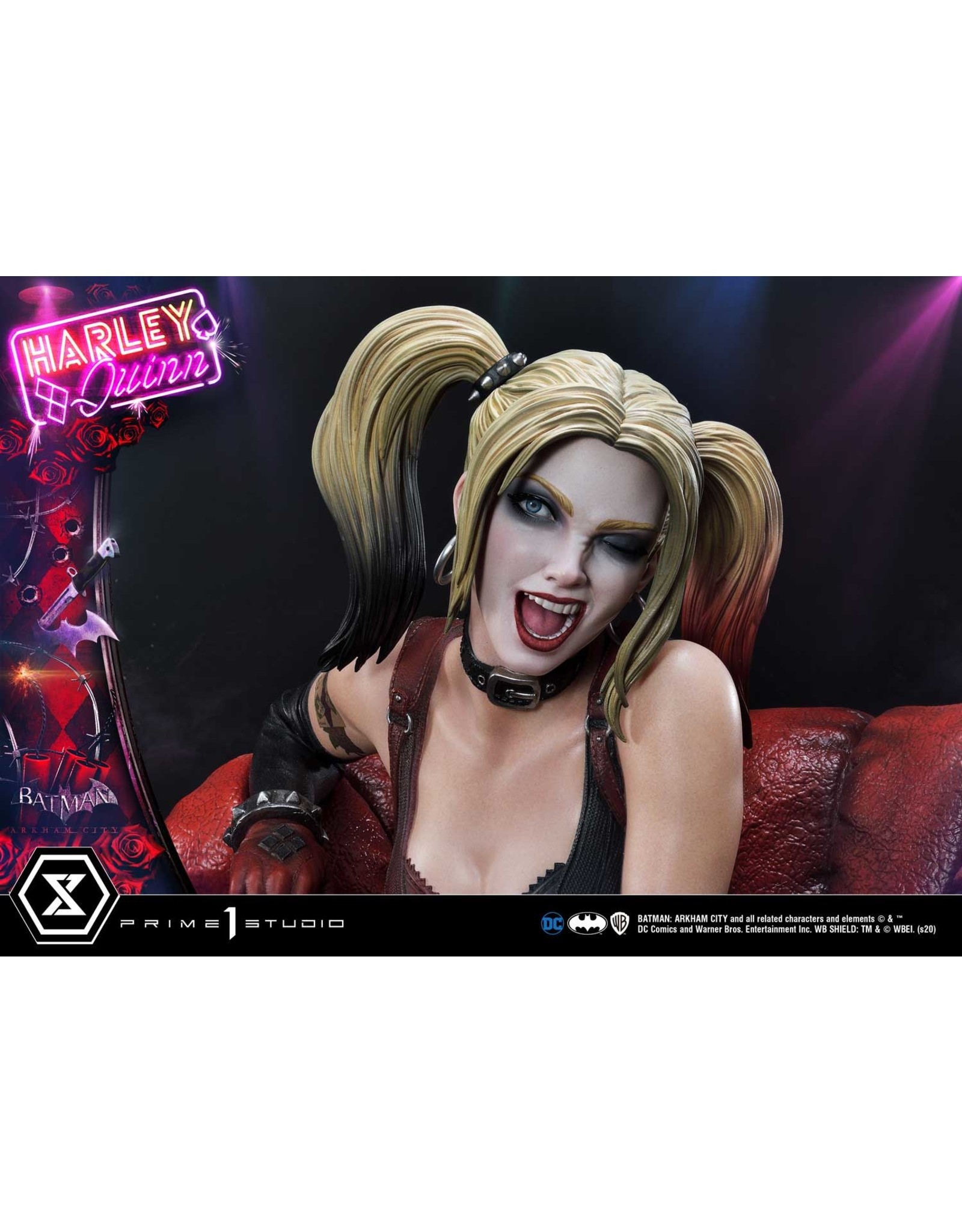 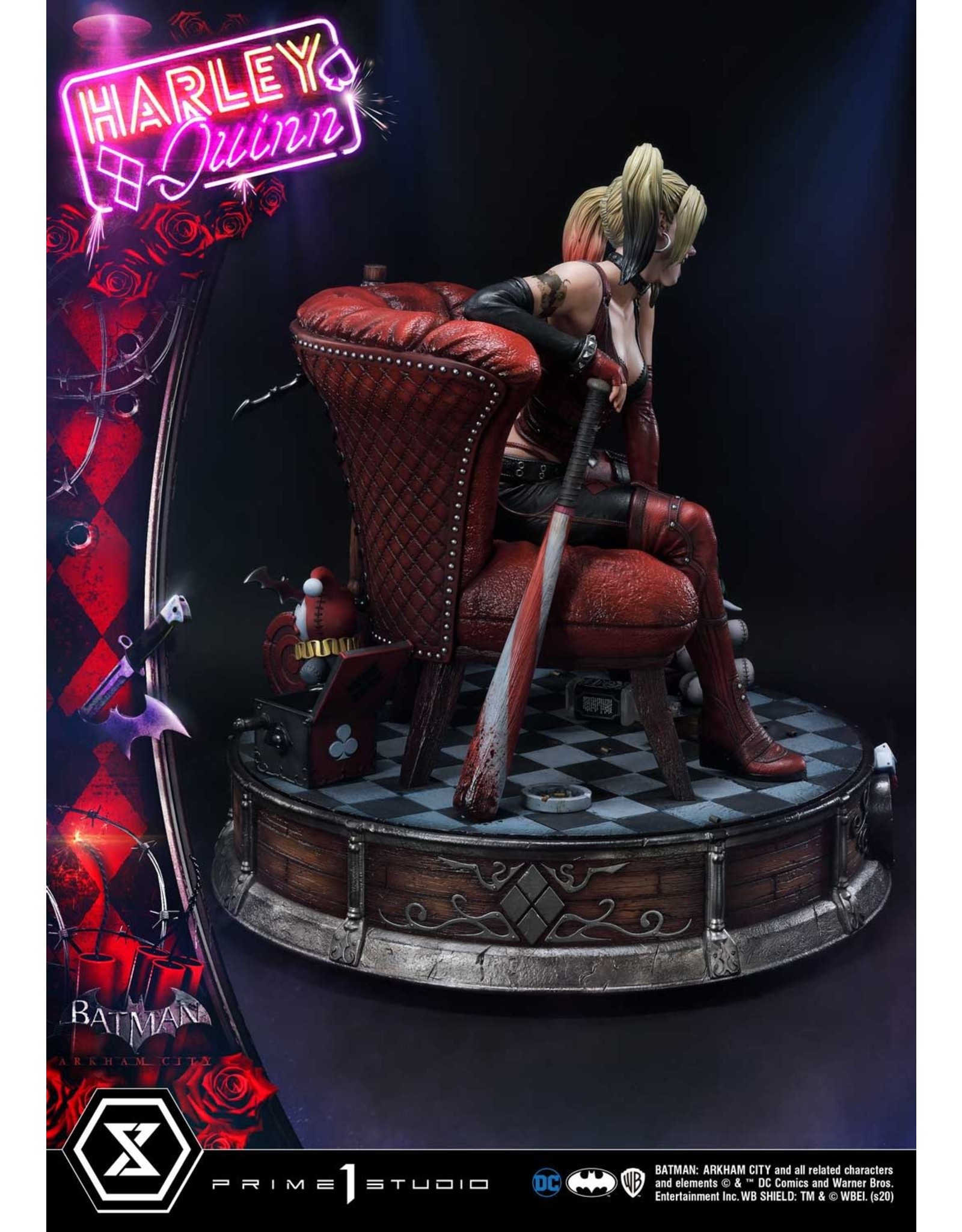 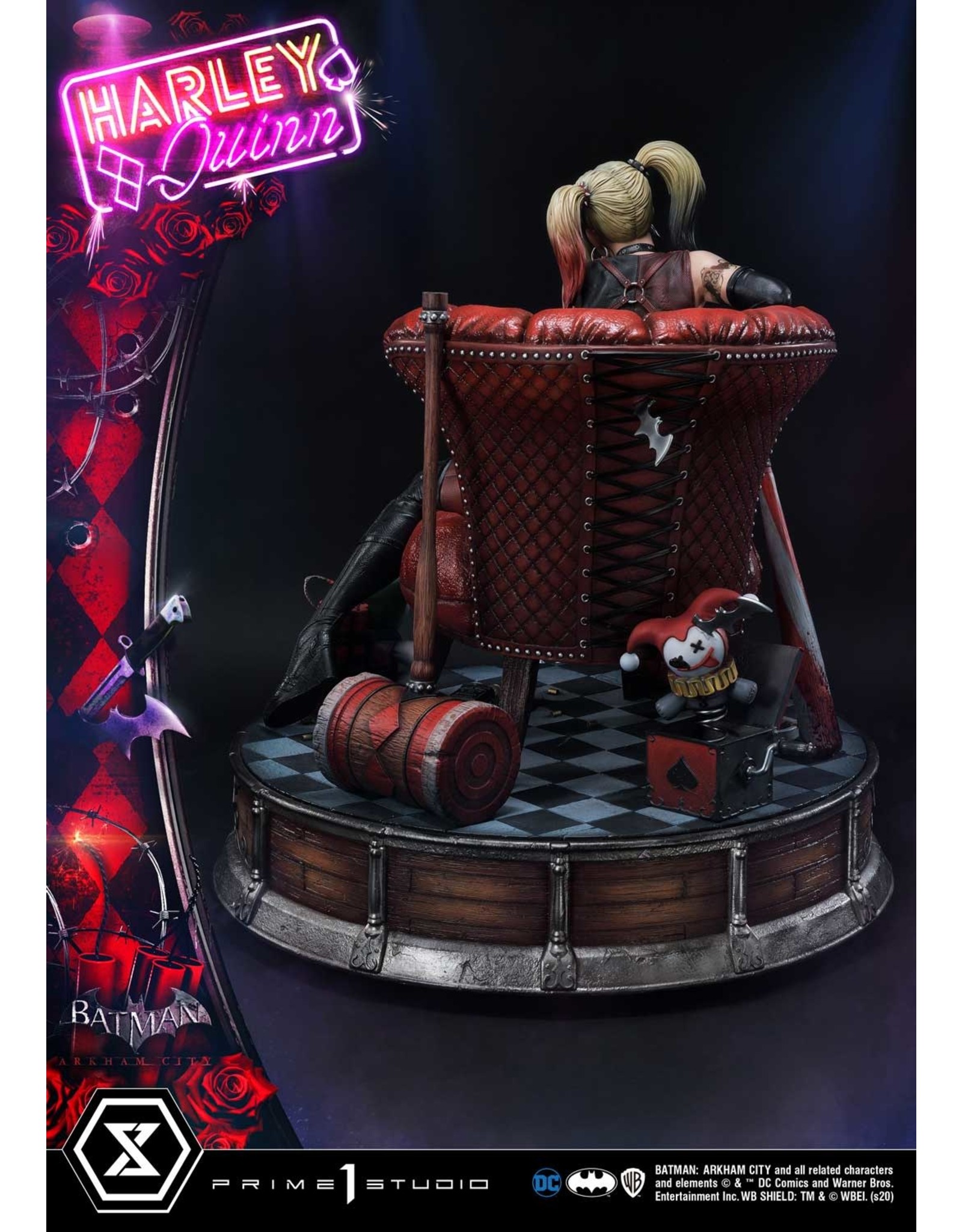 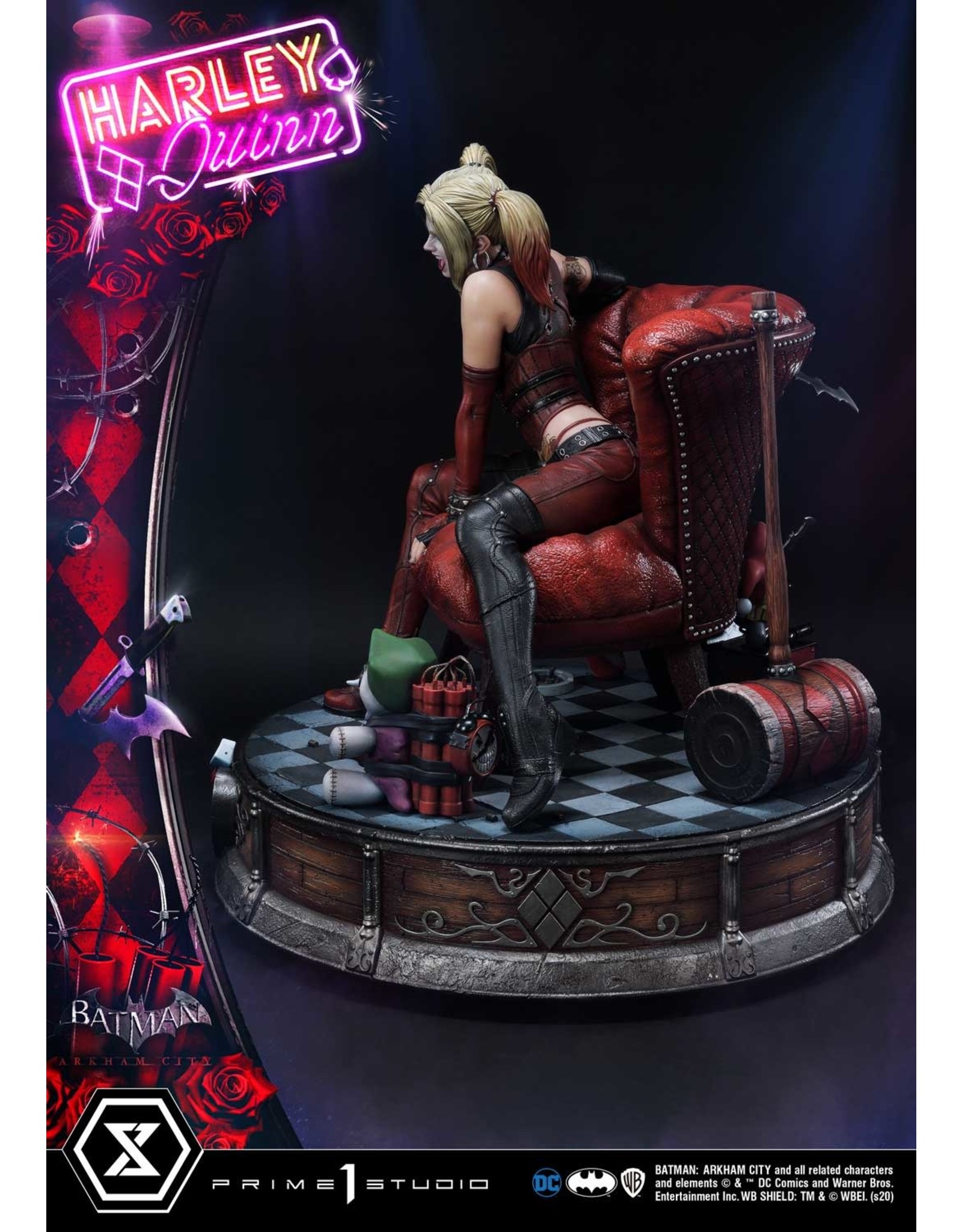 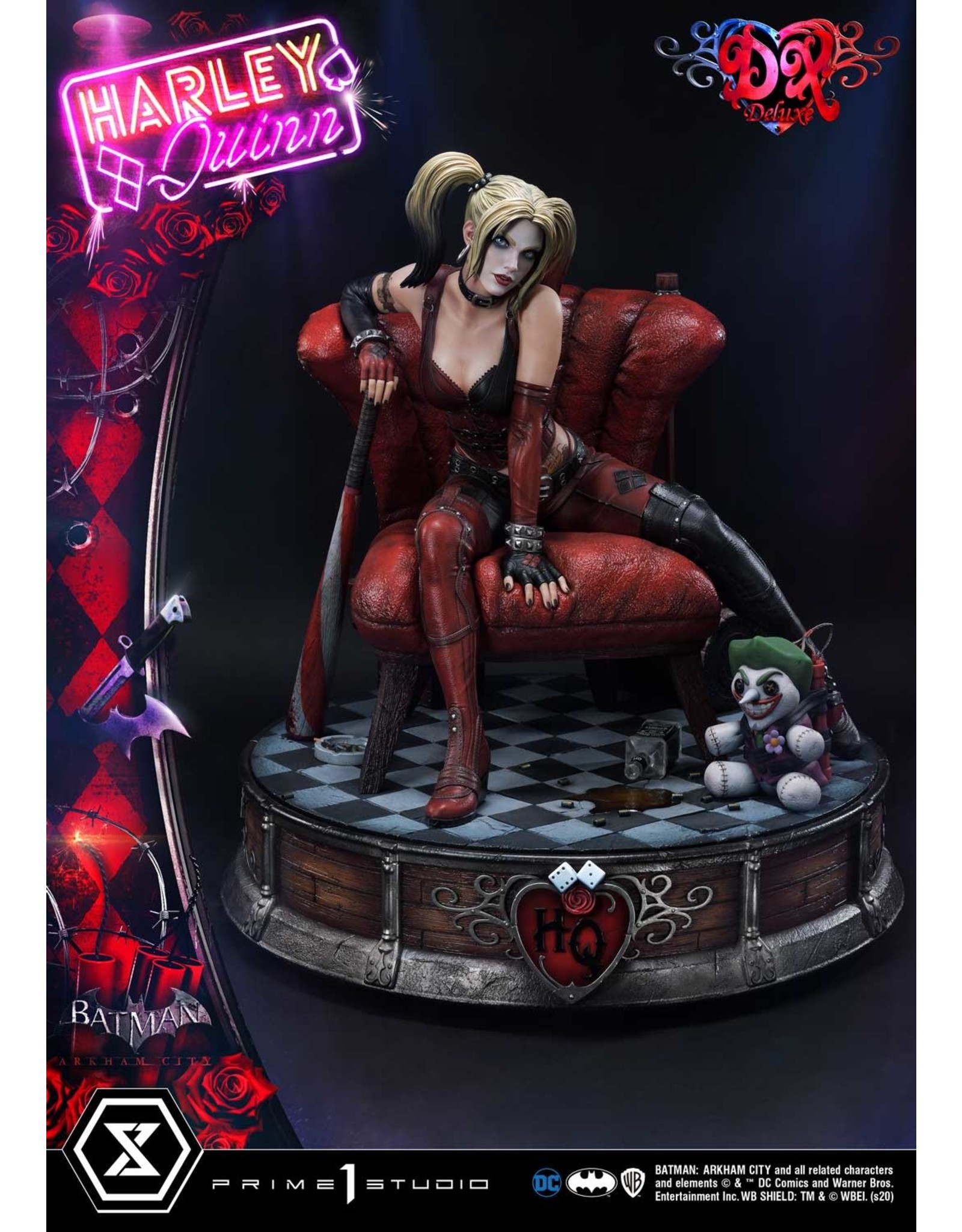 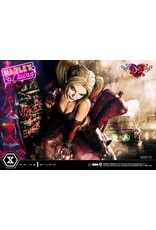 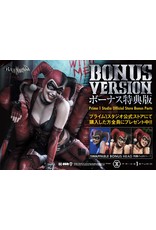 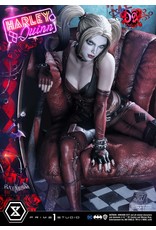 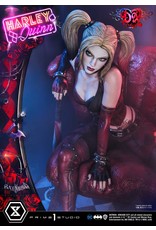 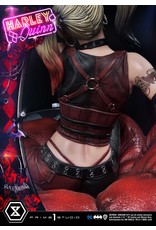 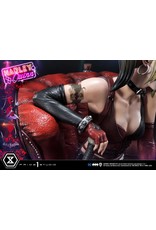 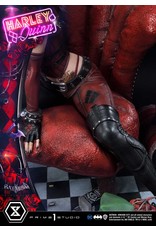 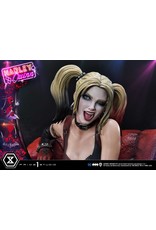 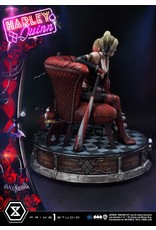 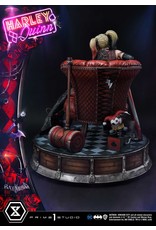 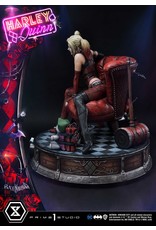 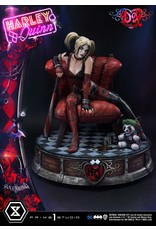 Prime 1 Studio is proud to present the latest addition to the Museum Masterline Series. 1/3 Scale MMDC-47DX: Harley Quinn Deluxe Version from the 2011 Game of the Year: Batman: Arkham City

This 1/3 scale features the one of the main villains of the timeless action-adventure masterpiece, Harleen Quinzel. Harley is a master of acrobatics that uses her madness and unpredictable behavior as her weapon. Believing that she is the lover of The Joker, she will do anything he commands. In Batman: Arkham City, Harley Quinn is desperate to find the cure for Joker and she challenges Batman as a major threat throughout the entire game.

Get ready to step into madness! Harley Quinn stands 23 inches tall in a visually-striking anarchy-style pose. She holds her deadly bat ready to take down B-man. She has her signature hammer on the back of the chair. She wears an iconic, more realistic take on the original costume from the video game. She is ready for anyone! Her portrait has been sculpted with the highest attention to detail making this the most accurate representation of Batman: Arkham City Harley Quinn on the market!

The Psycho Queen sits in her throne on a base with many elements from the video game. The center features a heart with her engraved initials. On the base you can also display two plush-toy like attachments that resemble Joker or Harley, allowing you to recreate Harley's world to your creative liking.

The Deluxe Version will come with various alternate portraits with head stands capturing different expressions, allowing you to display Harley in any way you please!

Gorgeous. Powerful. Chaotic. The combination of the Gotham's Jester and our highly detailed 3D-modeling brings the best Harley Quinn statue to your collection. 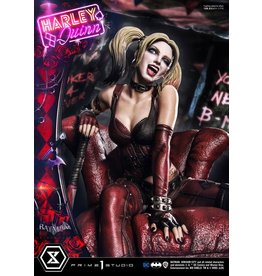