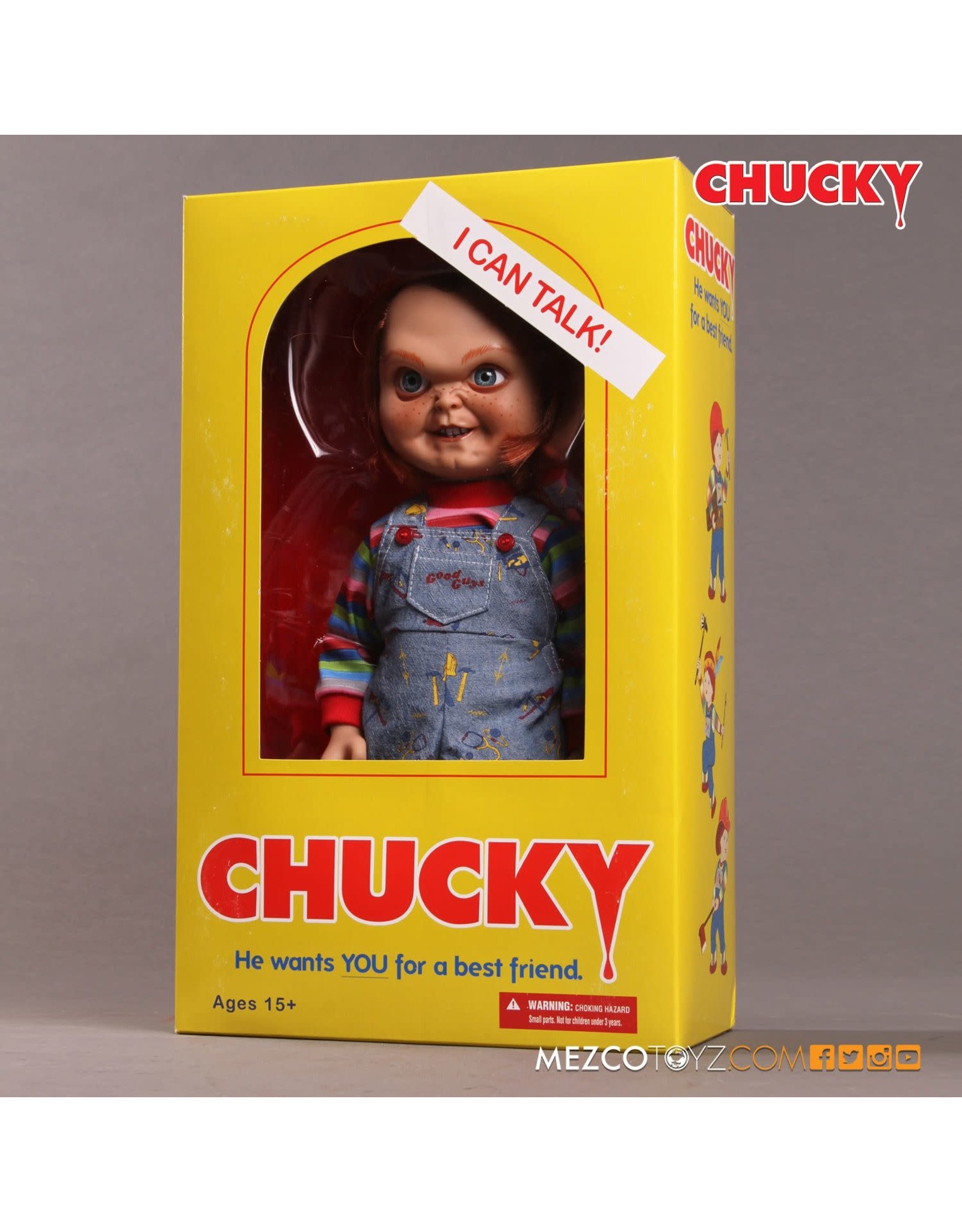 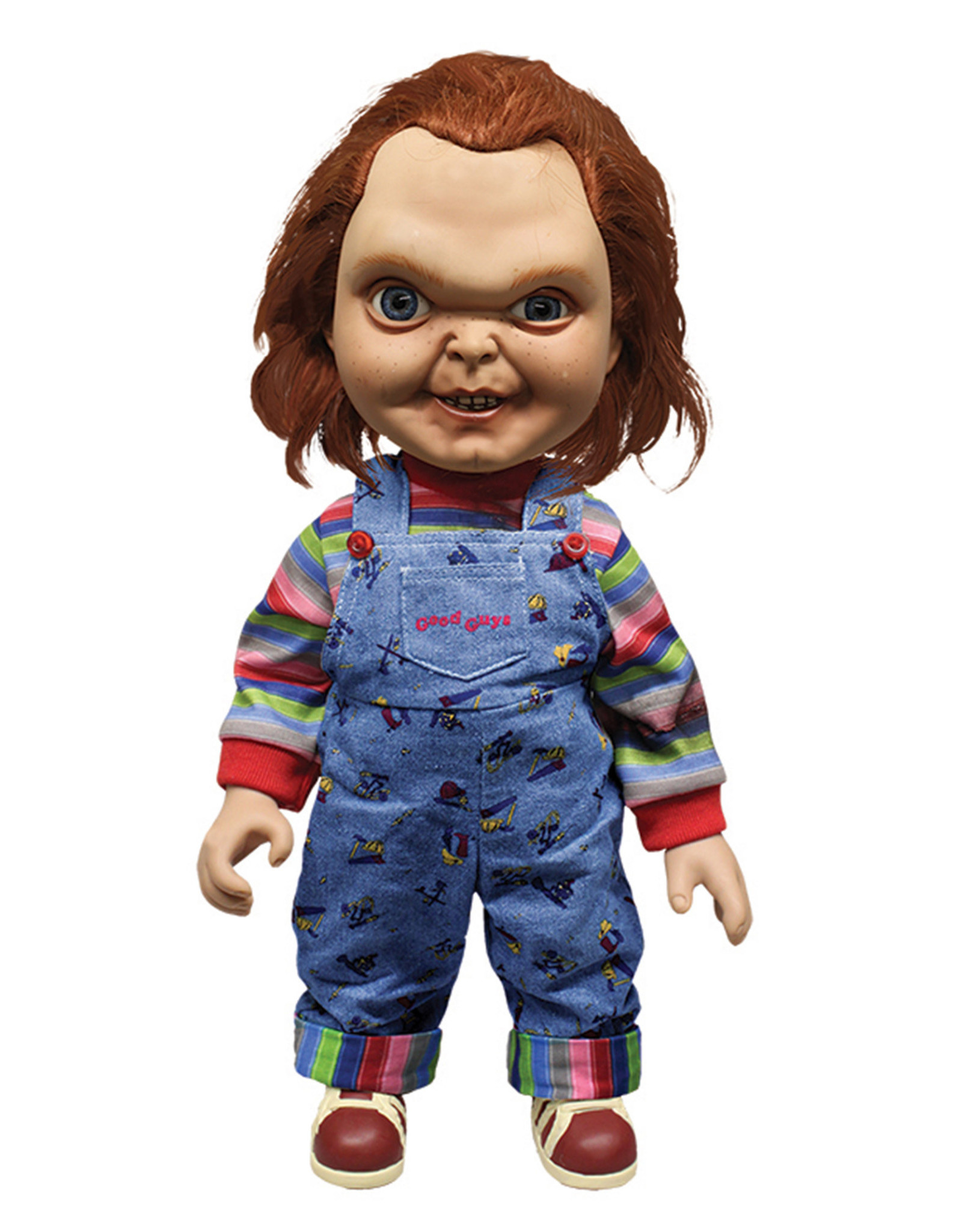 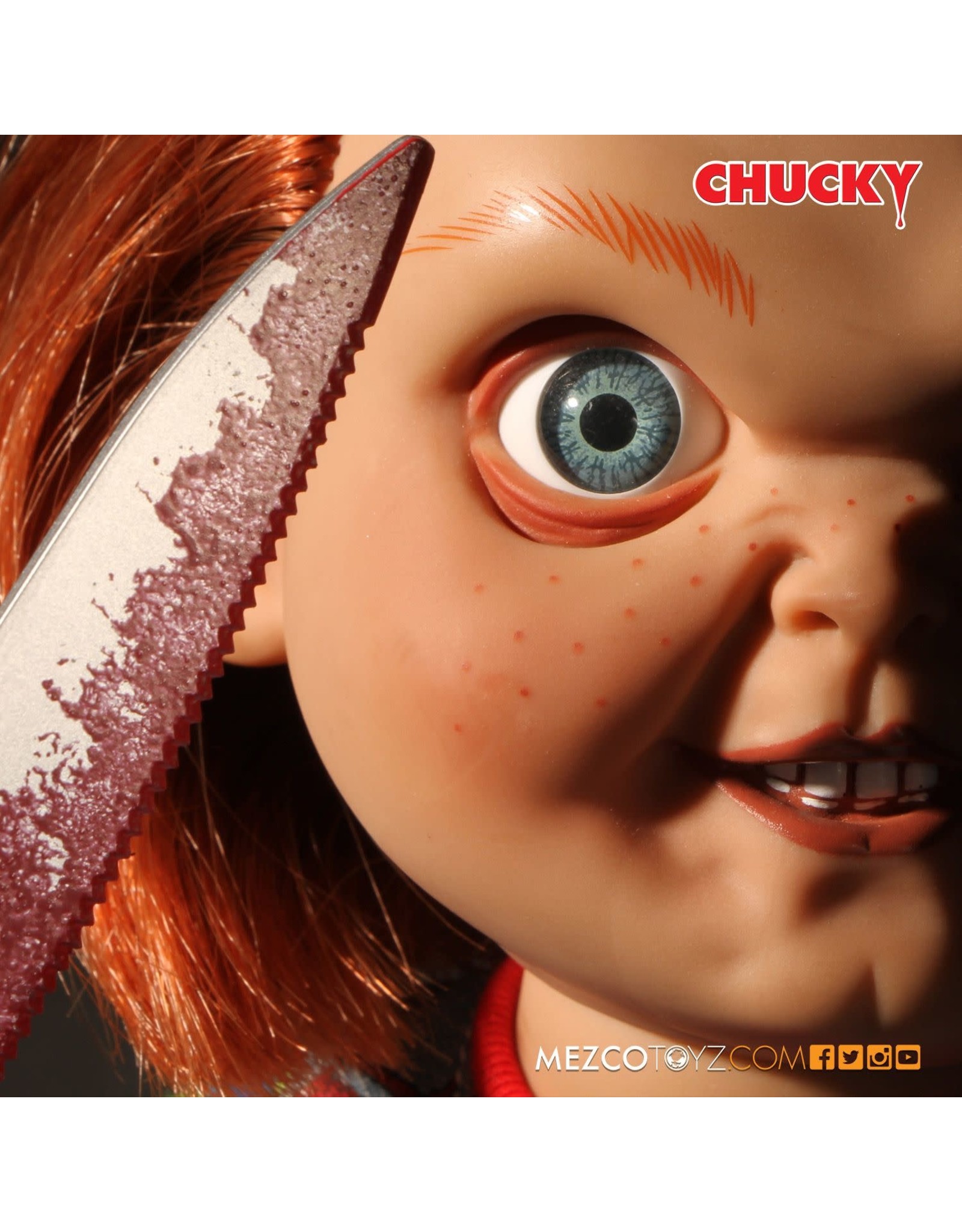 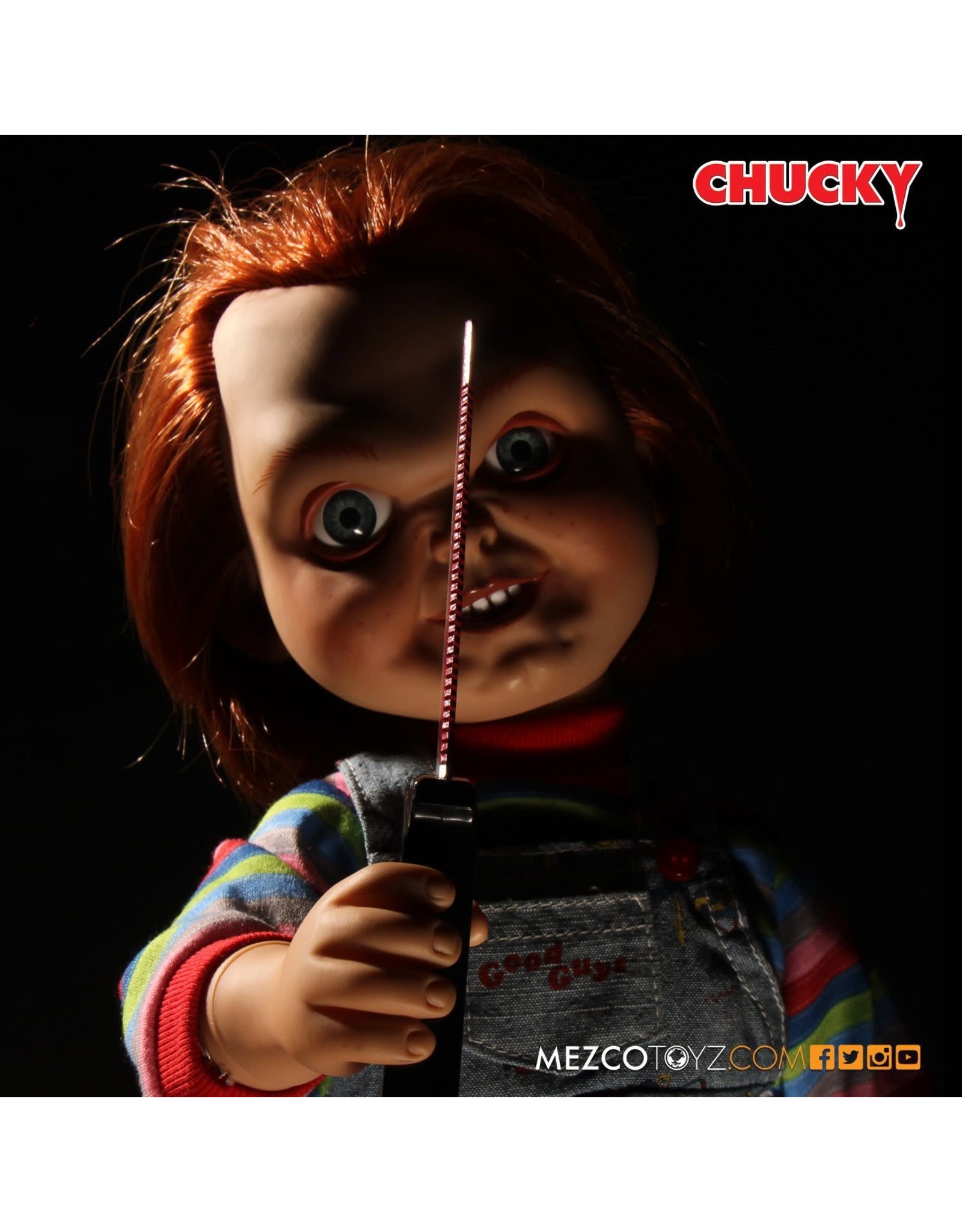 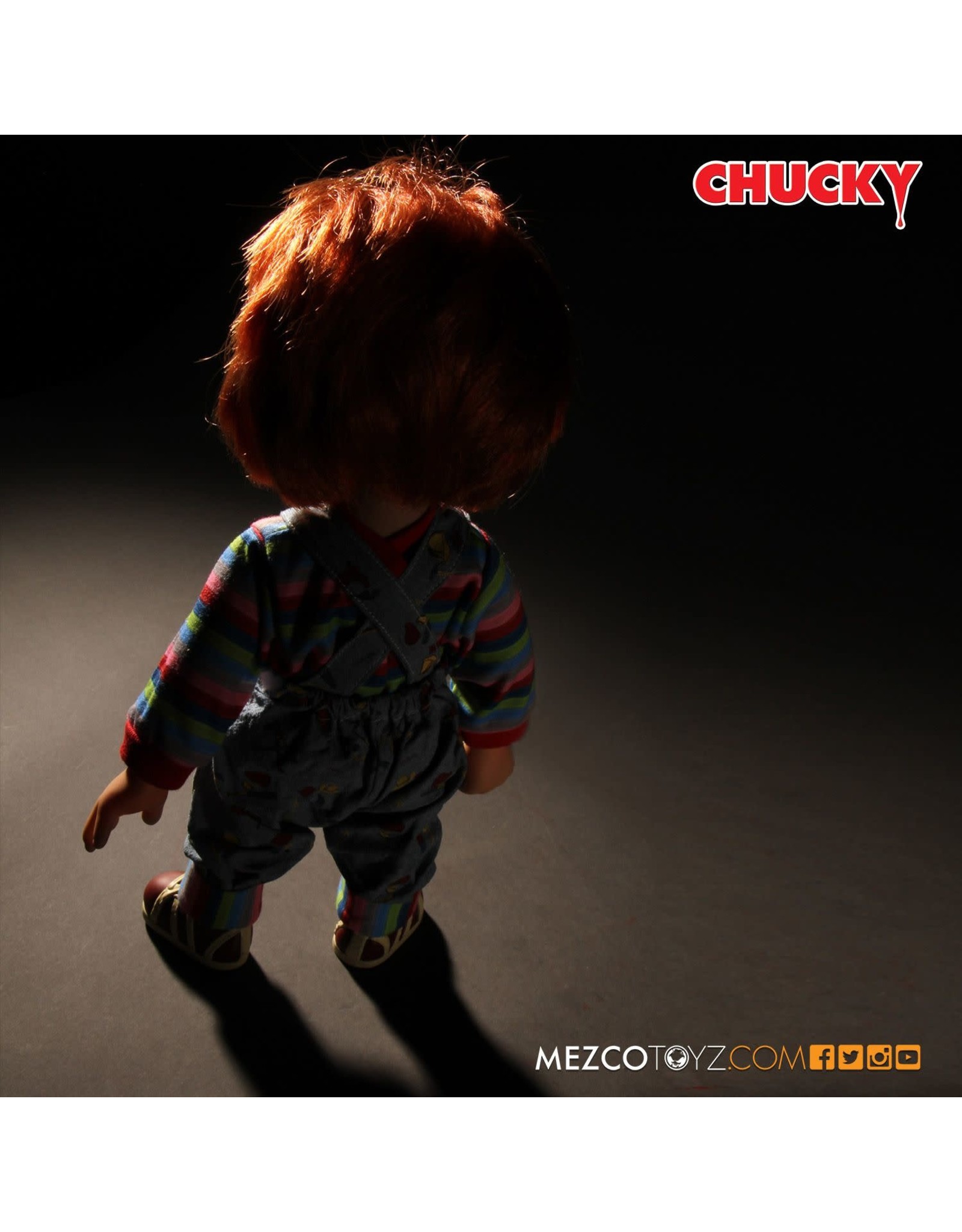 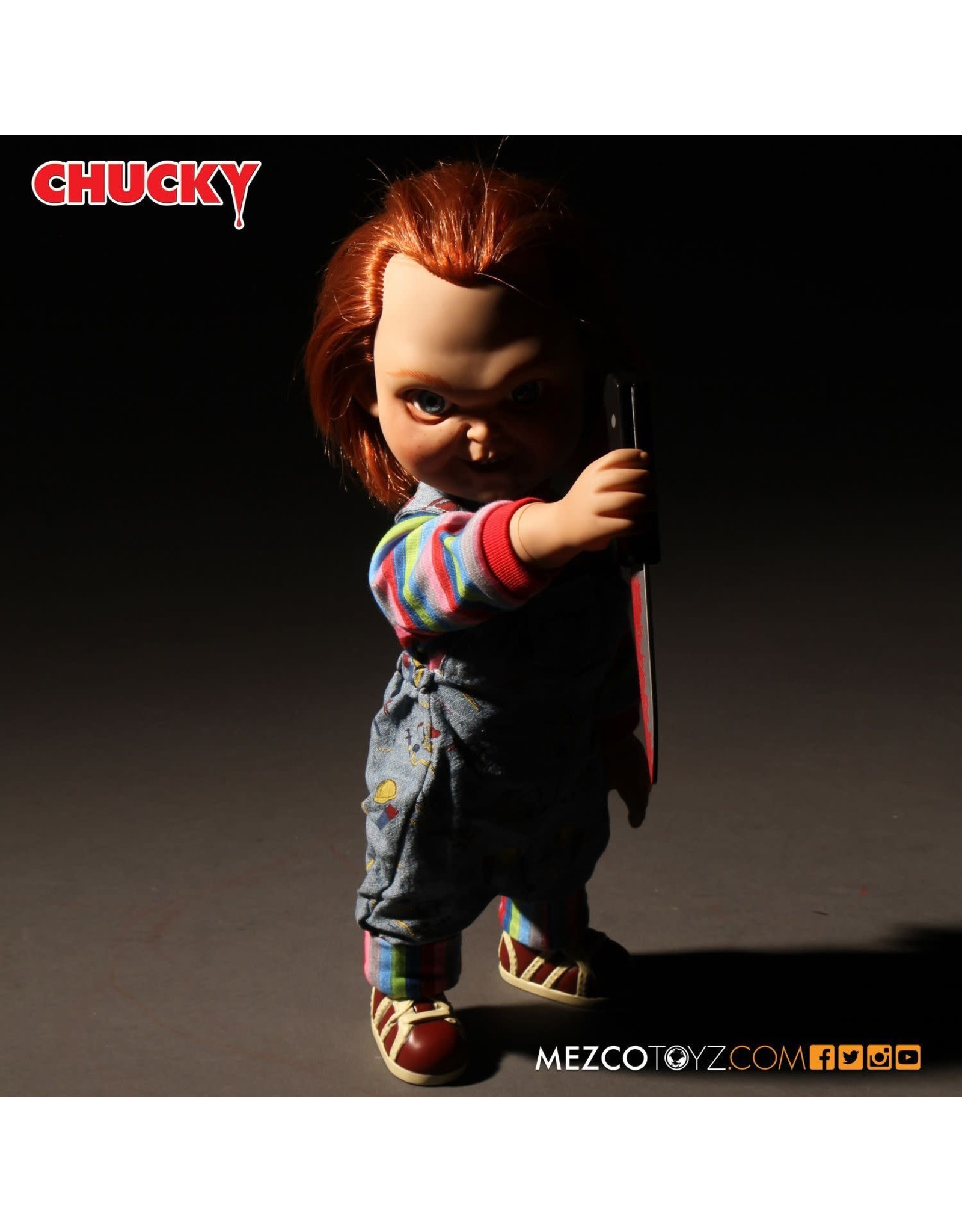 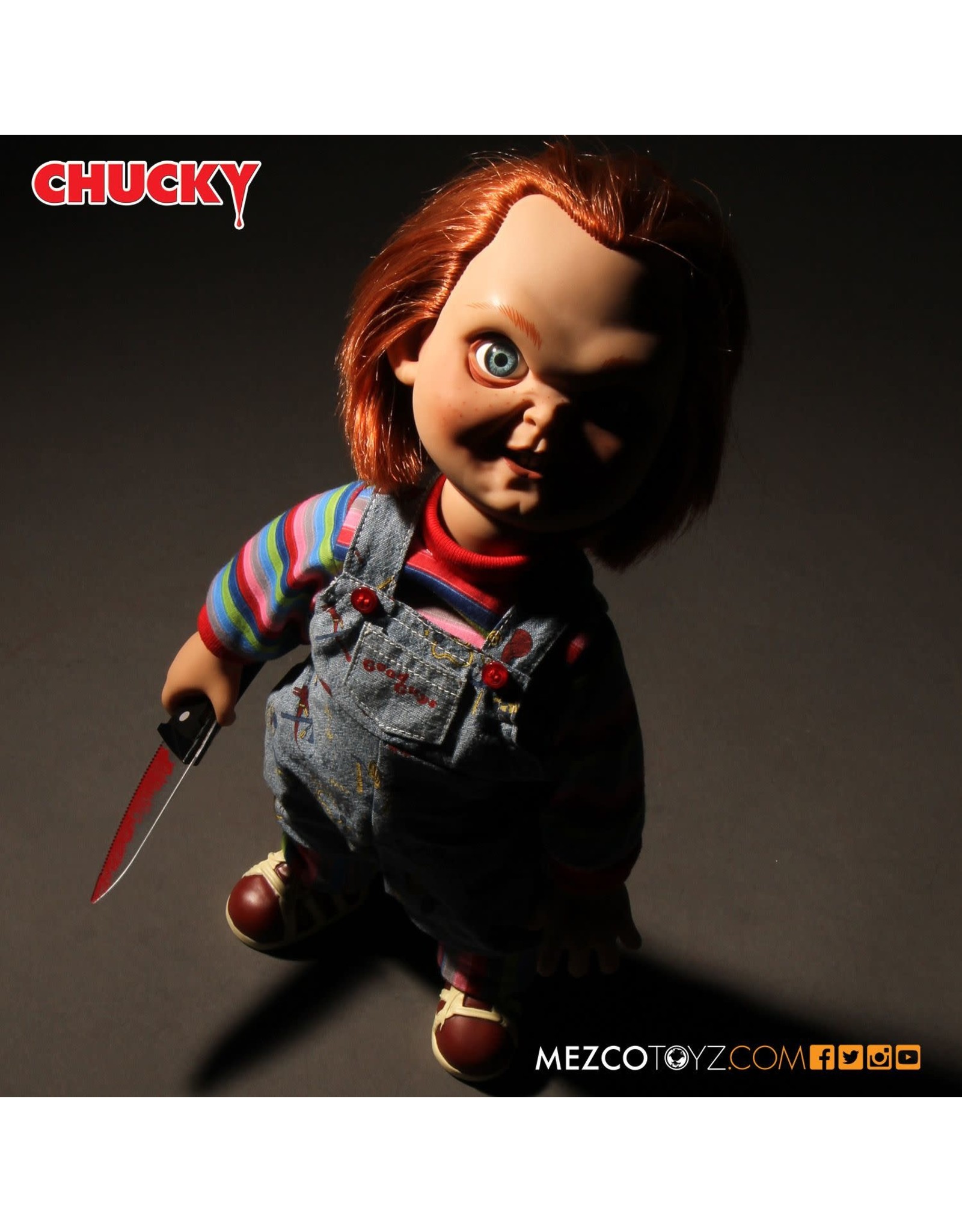 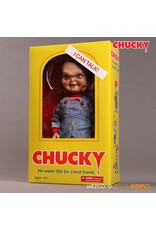 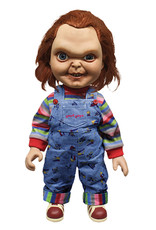 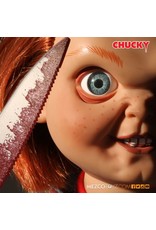 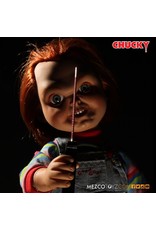 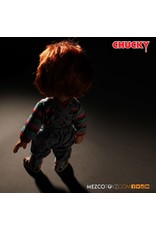 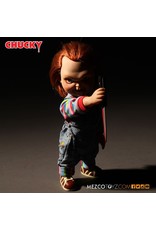 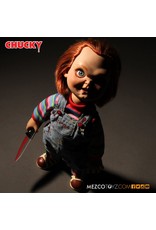 Unlike the scarred and battle-damaged look Chucky normally bears (people have tried to destroy him in six films so far), this version represents the cleaner, earlier Chucky. His trademark outfit is un-slashed, his face is not yet mauled.

Just as he did in his films, Chucky has lots to say from his trademark "My name is Chucky" to far more sinister phrases.

The star of the CHILD'S PLAY films, Chucky stands fifteen inches tall and features real cloth Good Guys clothing, eleven points of articulation, his trademark orange hair and realistic glass-like eyes. Each Chucky comes packaged in his own collector-friendly window box based on the original box design seen in the films.

Each Chucky comes packaged in his own collector friendly window box.