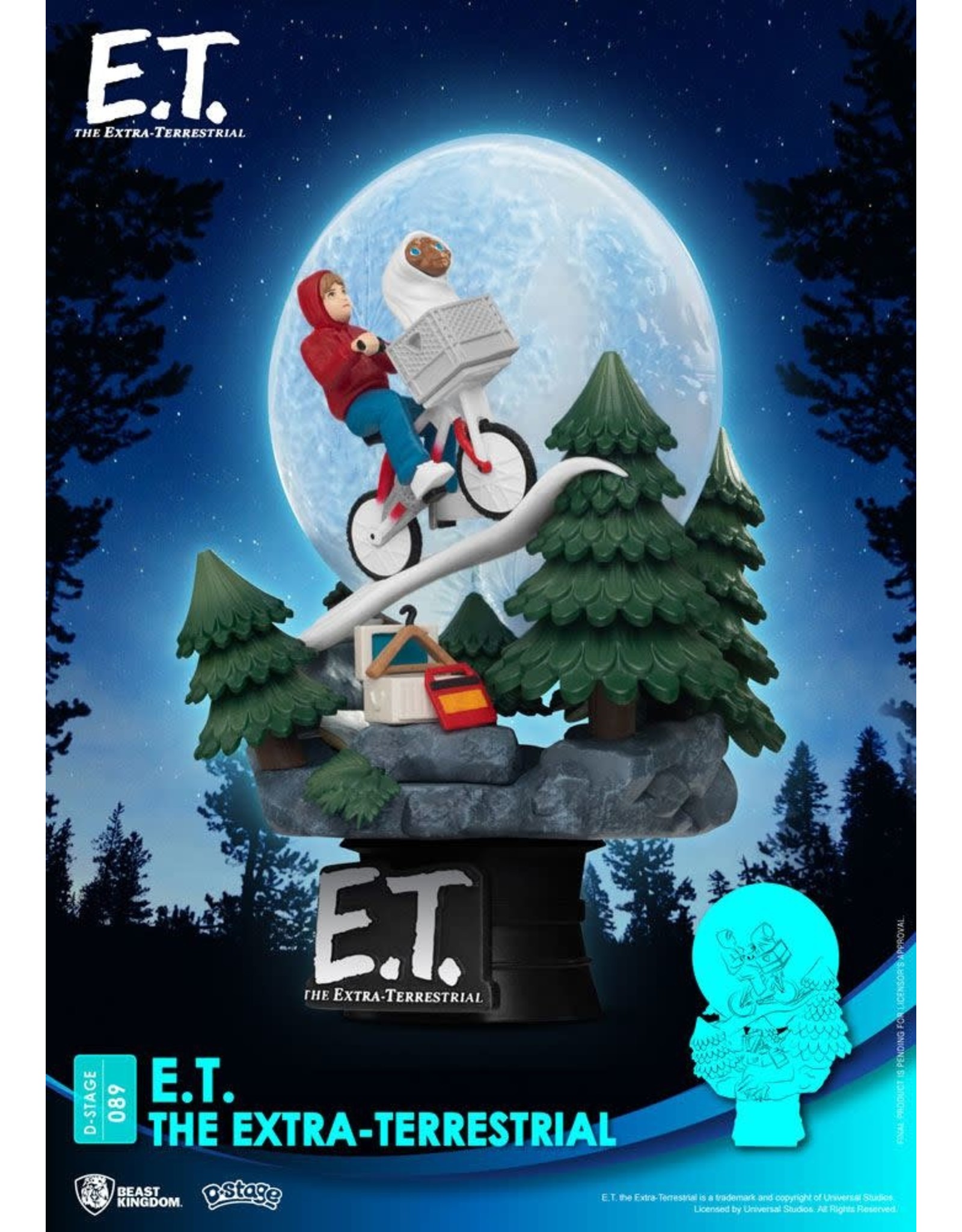 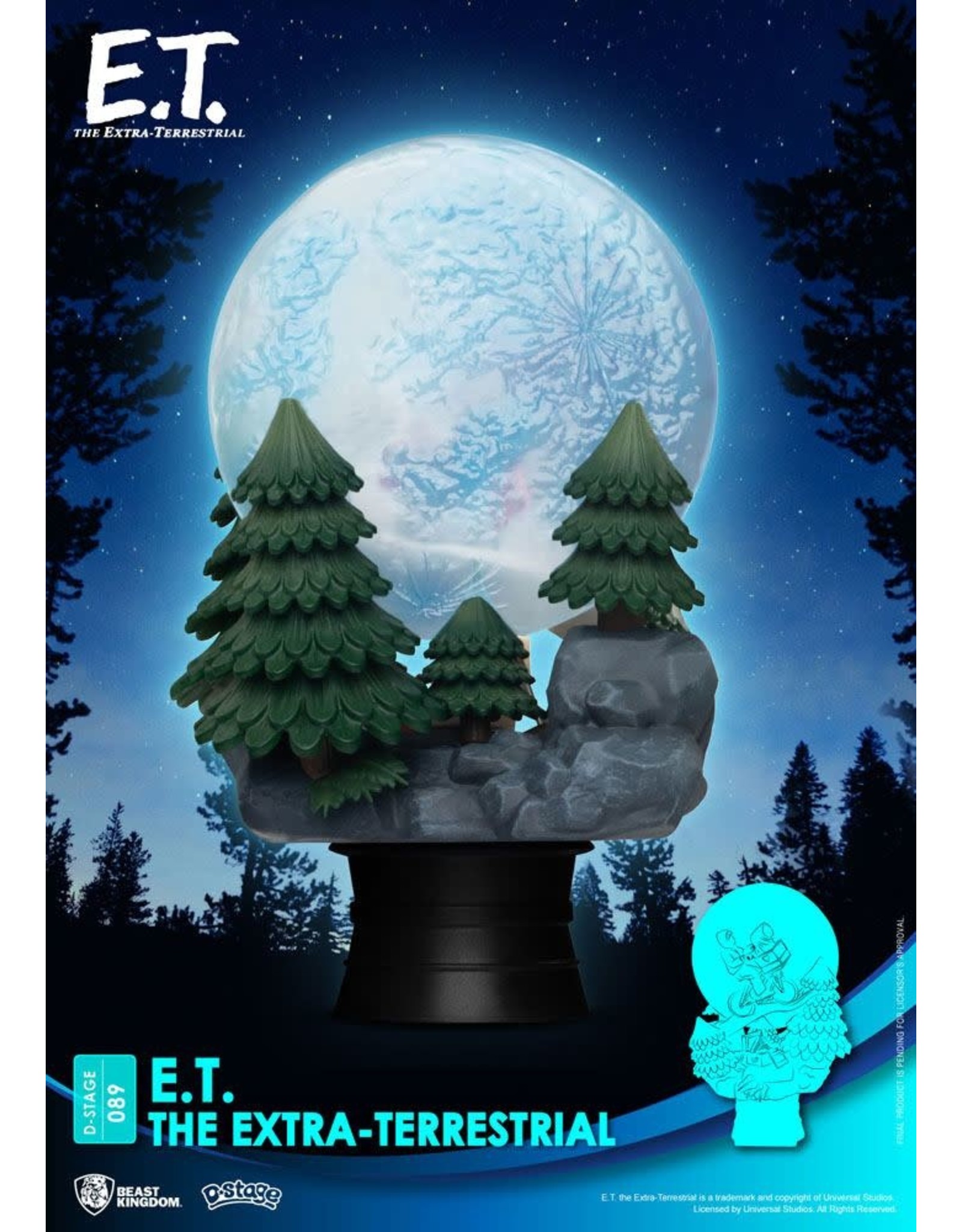 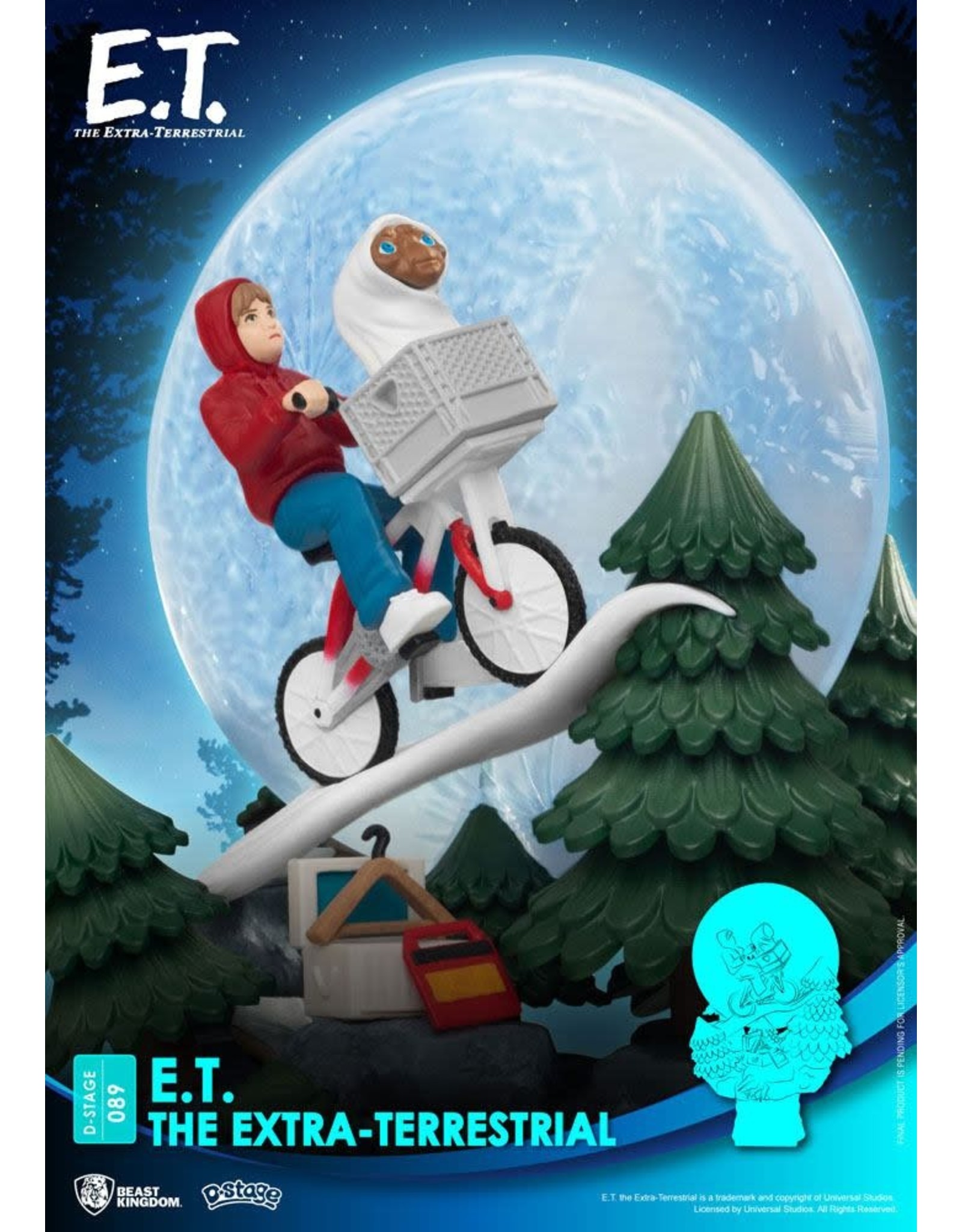 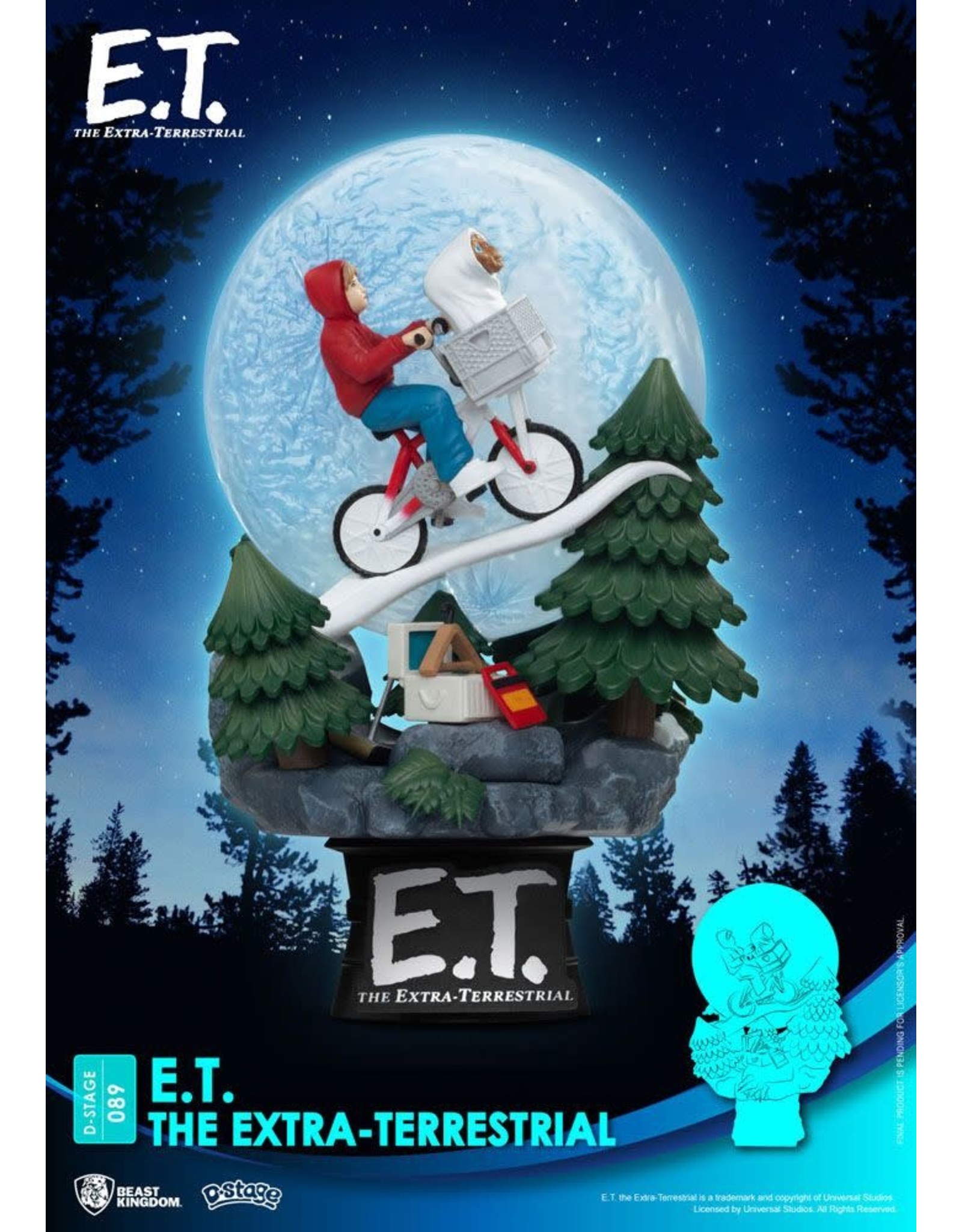 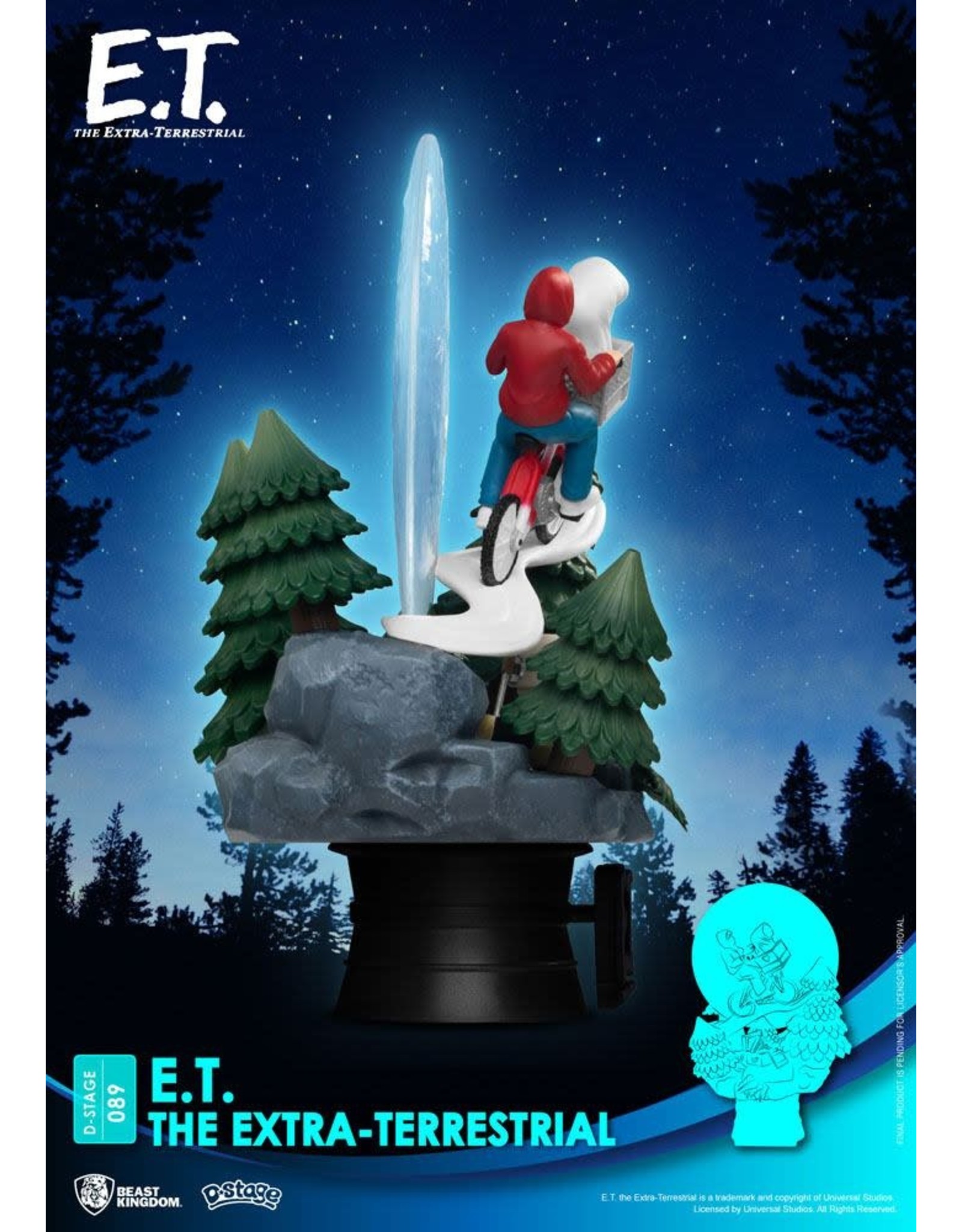 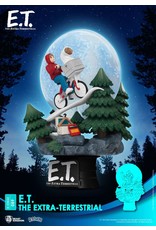 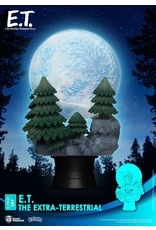 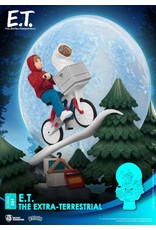 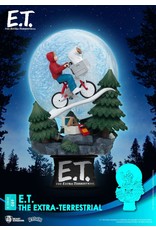 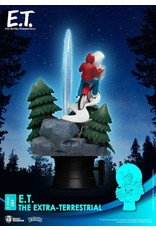 Beast Kingdom is proud to present a new addition to the D-Stage series, E.T.: The Extra-Terrestrial. This diorama recreates an iconic scene from this beloved film. While being pursued by government agents, Elliot, with his friend E.T. stowed in the handlebar basket, rides his bike and flies up in to the sky to avoid being caught and get his companion back home. With the colossal moon and woods as the background, this classic scene comes to life. Resting on the ground is the Speak & Spell powered device E.T. used to "phone home.