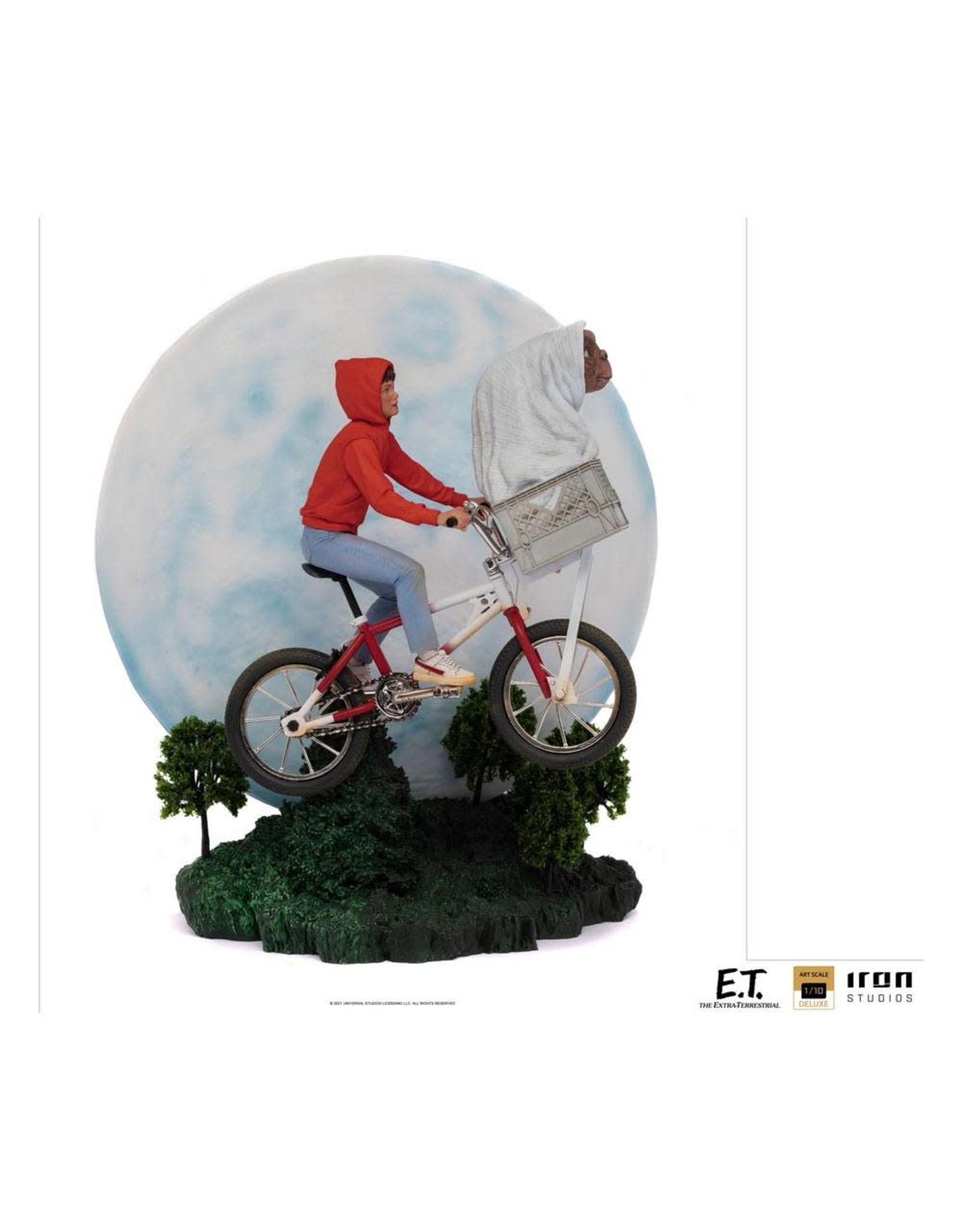 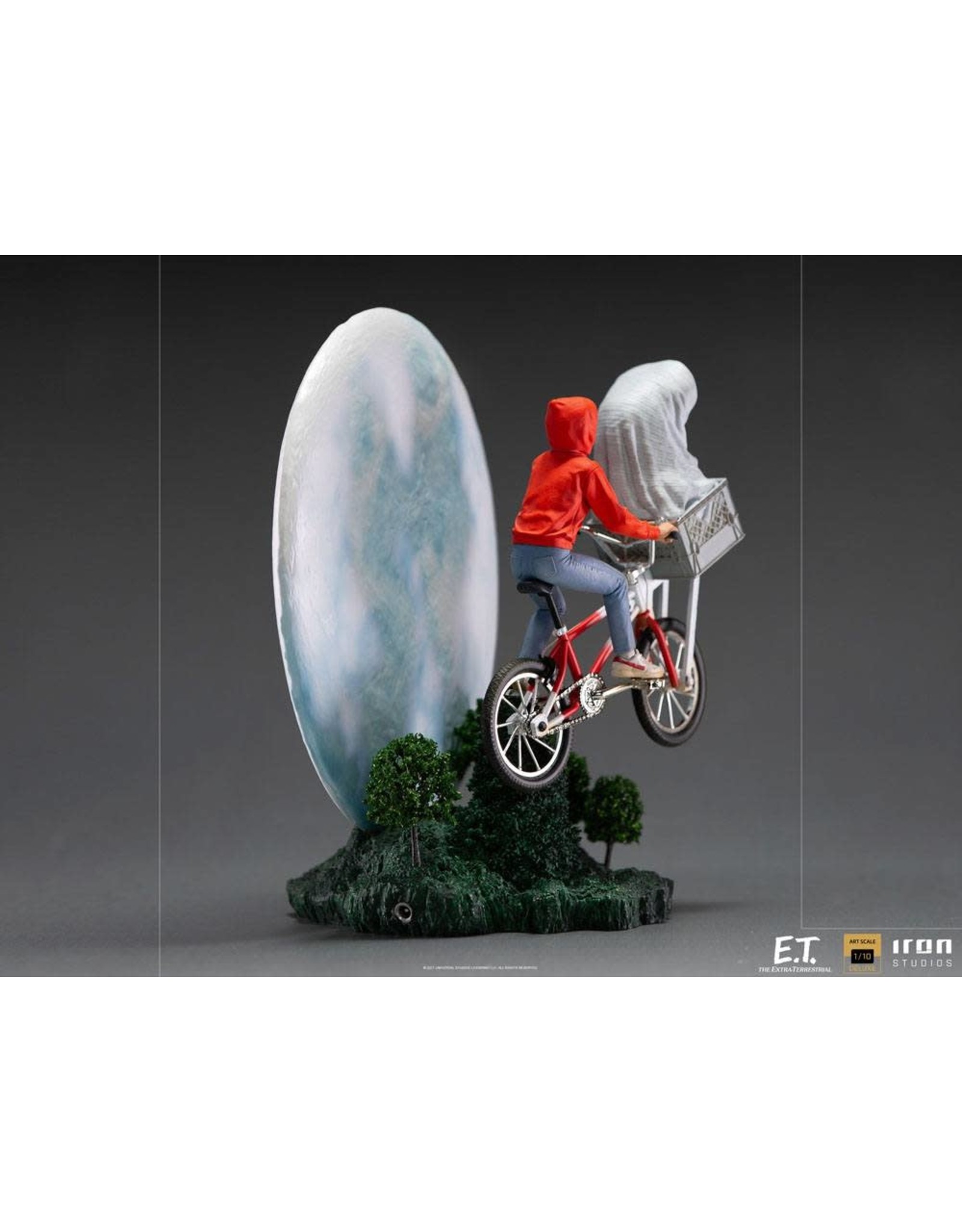 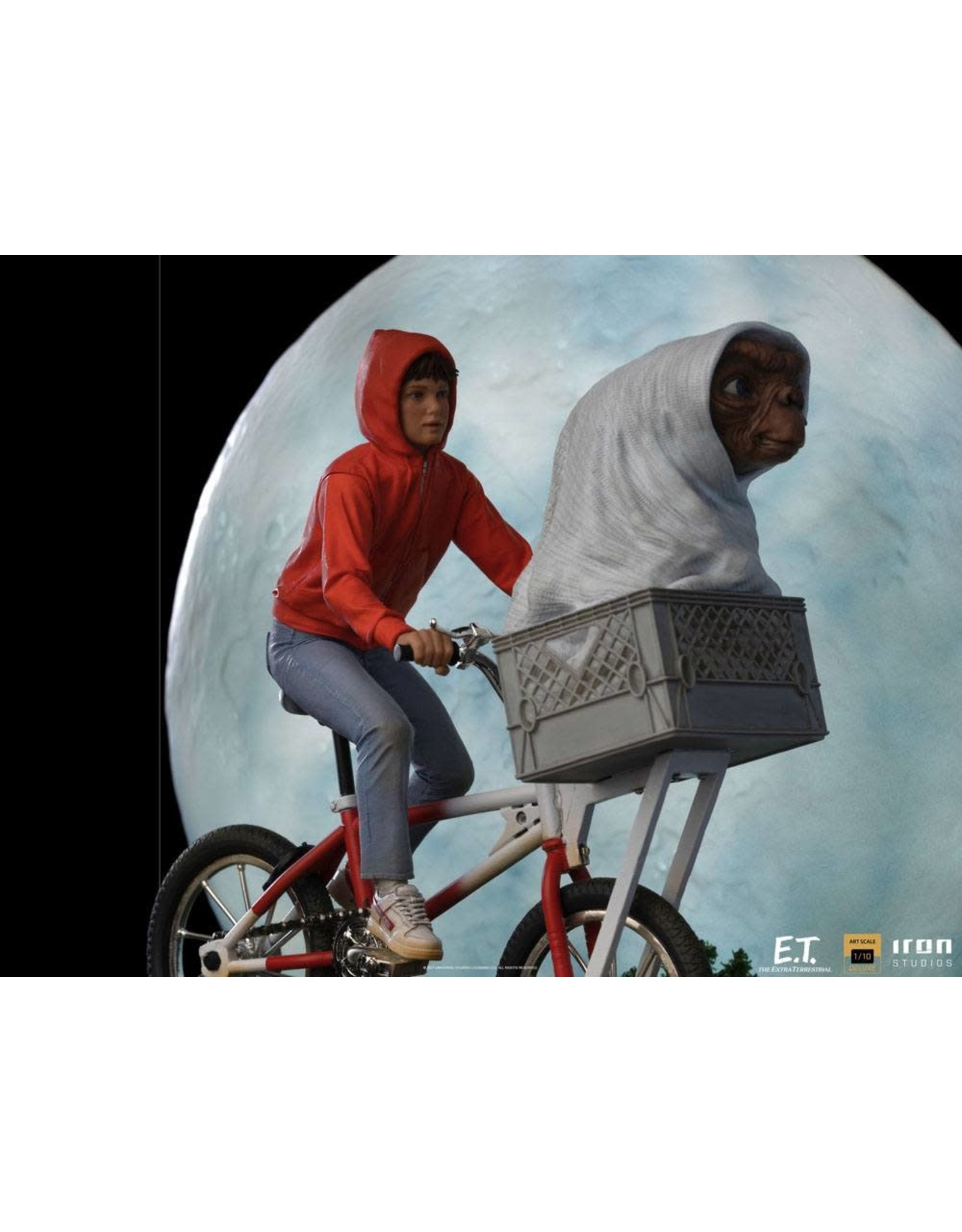 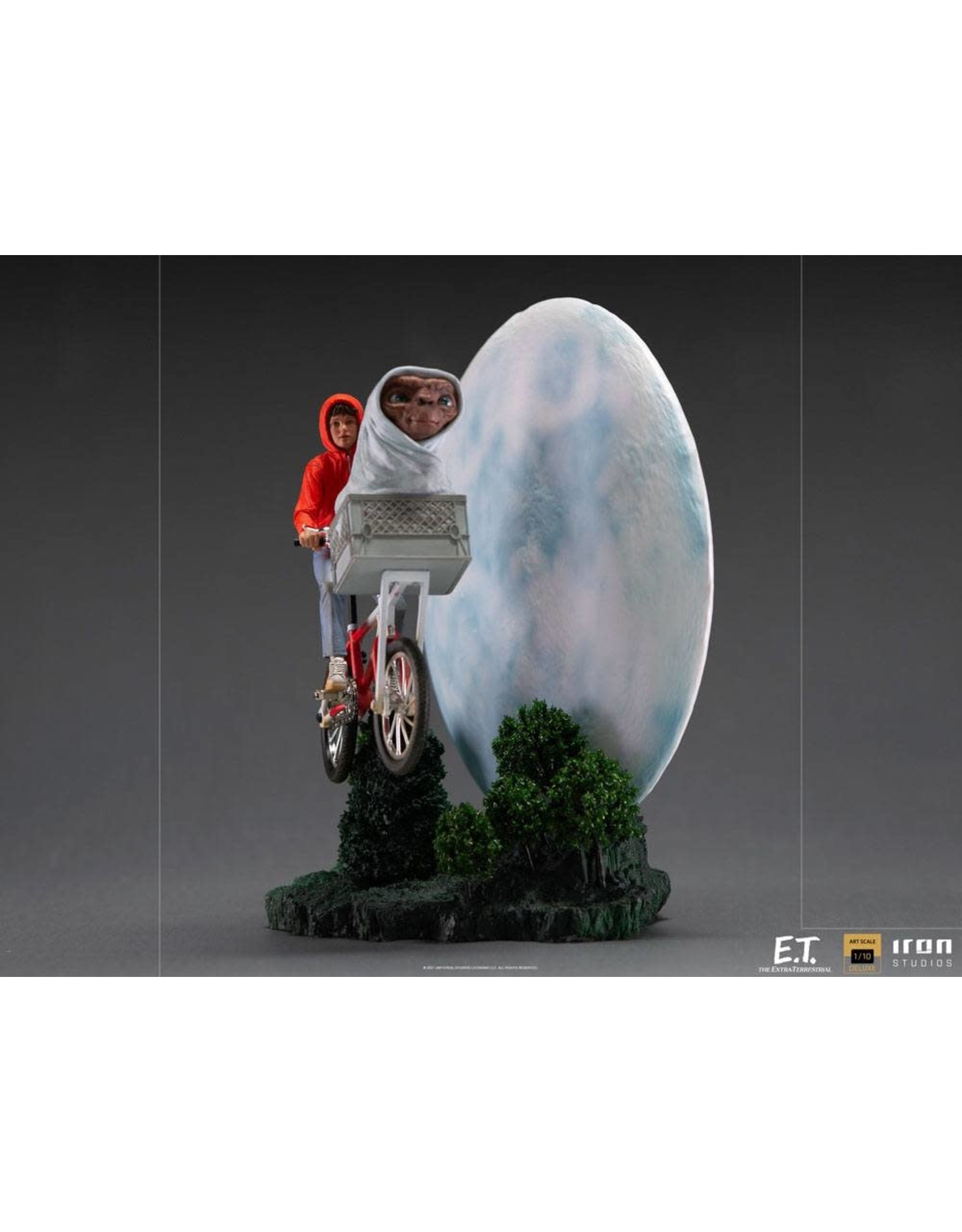 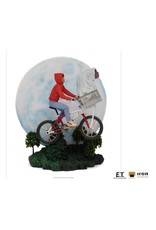 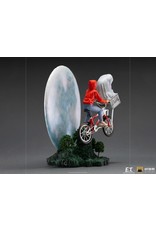 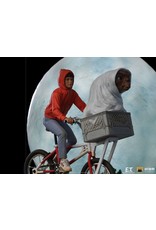 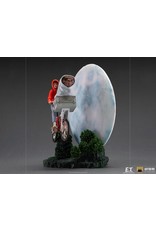 A boy carries in his bicycle basket, wrapped in a white sheet, an unusual friend, a small alien lost on Earth that is being pursued by government forces. In their flight to find their fellow men and return to his world, the two friends run towards a California forest, where the spacecraft that will rescue him must land. To escape a police blockade, the little alien uses its telekinetic abilities to levitate the bike, lifting them into the air and flying over the trees towards their destination. This anthological scene, which has the moon as a backdrop, was also used in the promotion of the film, becoming one of the best known and most striking images in cinema, even becoming the logo of Amblin Entertainment, Steven Spielberg's film producer, and now also proudly replicated with the statue "ET & Elliot - Art Scale 1/10 Deluxe - ET - Iron Studios" and "E.T. & Elliot - Art Scale 1/10 - E.T. - Iron Studios".

Created by Steven Spielberg and written by Melissa Mathison, 1982's ET the Extra-Terrestrial is among the highest-grossing films of all time, winning four Oscars, and added to the Library of Congress's National Film Registry, being designated as culturally, historically, or aesthetically significant.

In the film, a group of botanical aliens secretly visit Earth at night to collect plant specimens. With the arrival of US government vehicles, the group leaves Earth in its spaceship, leaving one of its small members behind, who had separated from the group. The creature ends up meeting a local boy named Elliott, who then goes on to hide and protect the little lost being on Earth, creating a tender bond of friendship with a deep empathic connection between them.