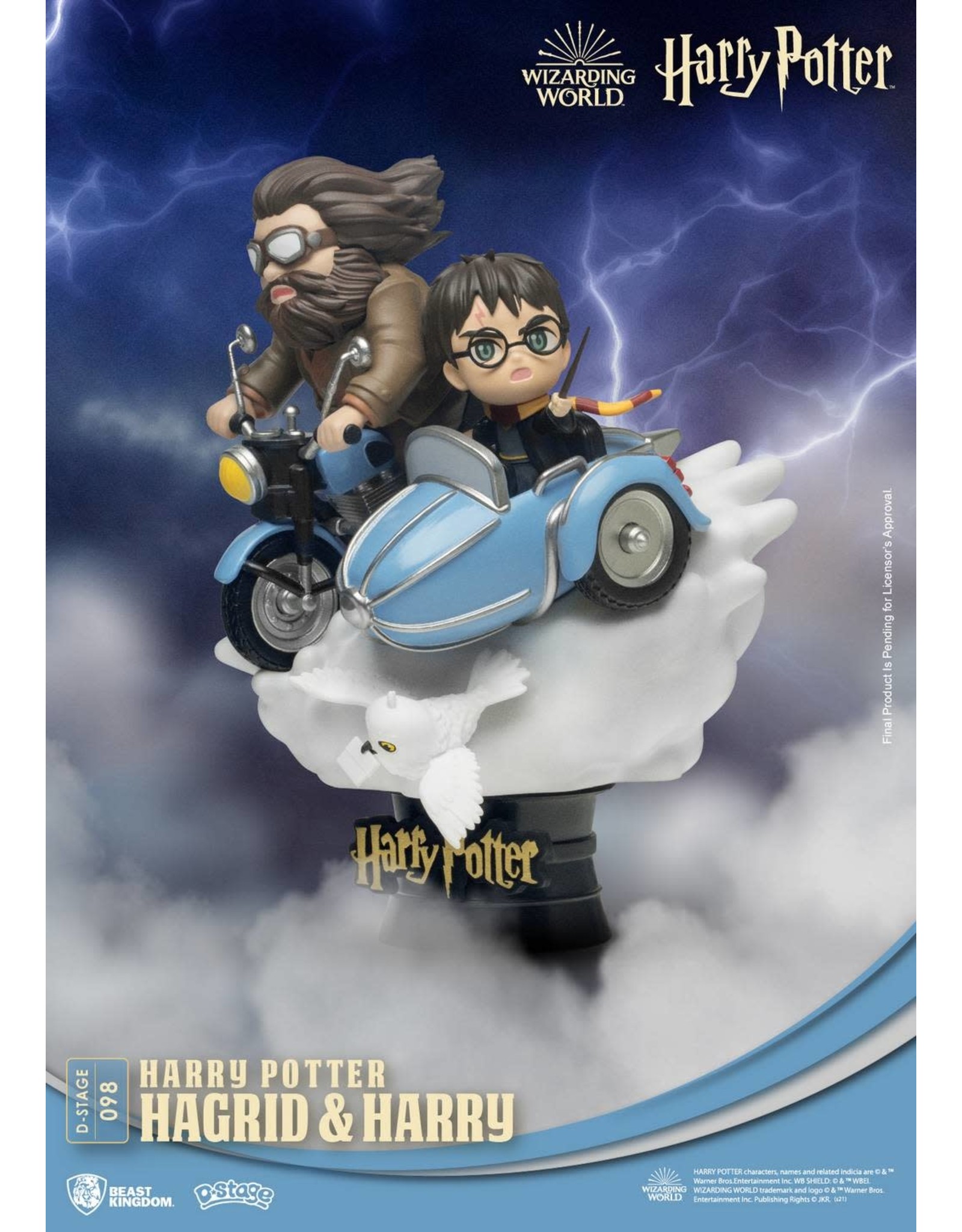 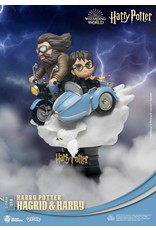 Join Harry Potter and his trusted friend Hagrid as they are chased by the evil ‘Death Eaters’. Strap into the flying blue motorcycle as the thrilling chase scene is unfolding across bridges and in the clouds! Harry Potter this time is dressed in his Gryffindor outfit with matching scarf and school gown. Watch out as he swings his wand in defense! Accompanying him in the driver’s seat is the wonderfully imposing, yet friendly Hagrid, with a fully detailed costume and goggles to protect his eyes! By the way for eagle eyed fans, did you notice Hedwig the owl accompanying the duo on their flight? A true friend indeed!