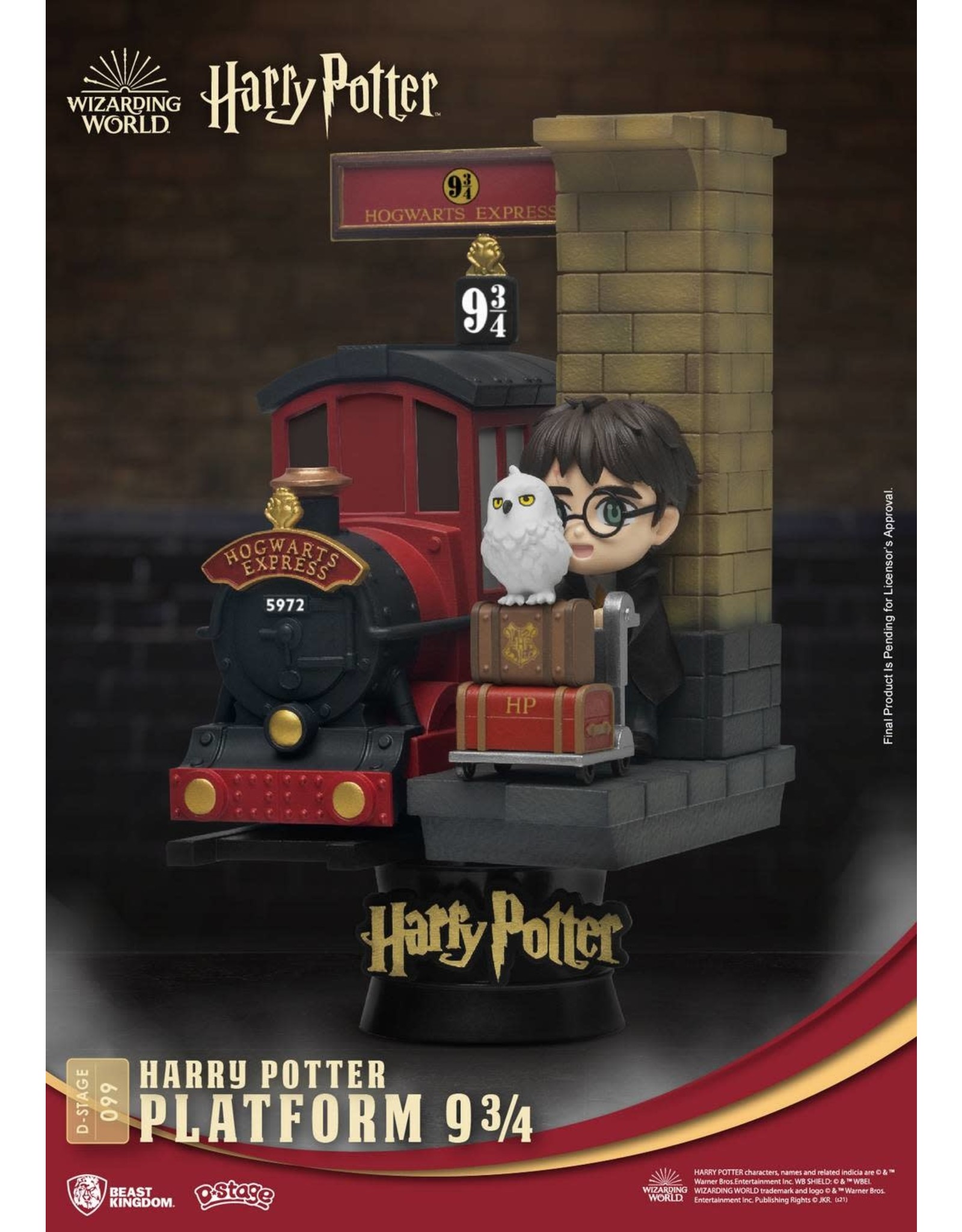 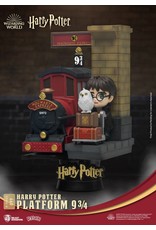 The classic Platform 9 3/4 is tucked away in a corner of London’s Kings Cross station, where it leads students to the Hogwarts Express, the train that carries students to and from the magical school! As Harry Potter enters the platform, he is seen in his school robe, carrying Hedwig the owl as well as his luggage. Harry couldn’t be more excited as the train looms to his right, ready to ferry him to a world of wonder. The details on the train, platform and Harry himself are all faithfully created for fans to cherish. This is one diorama not to be missed for fans of the enchanted world of Harry Potter!