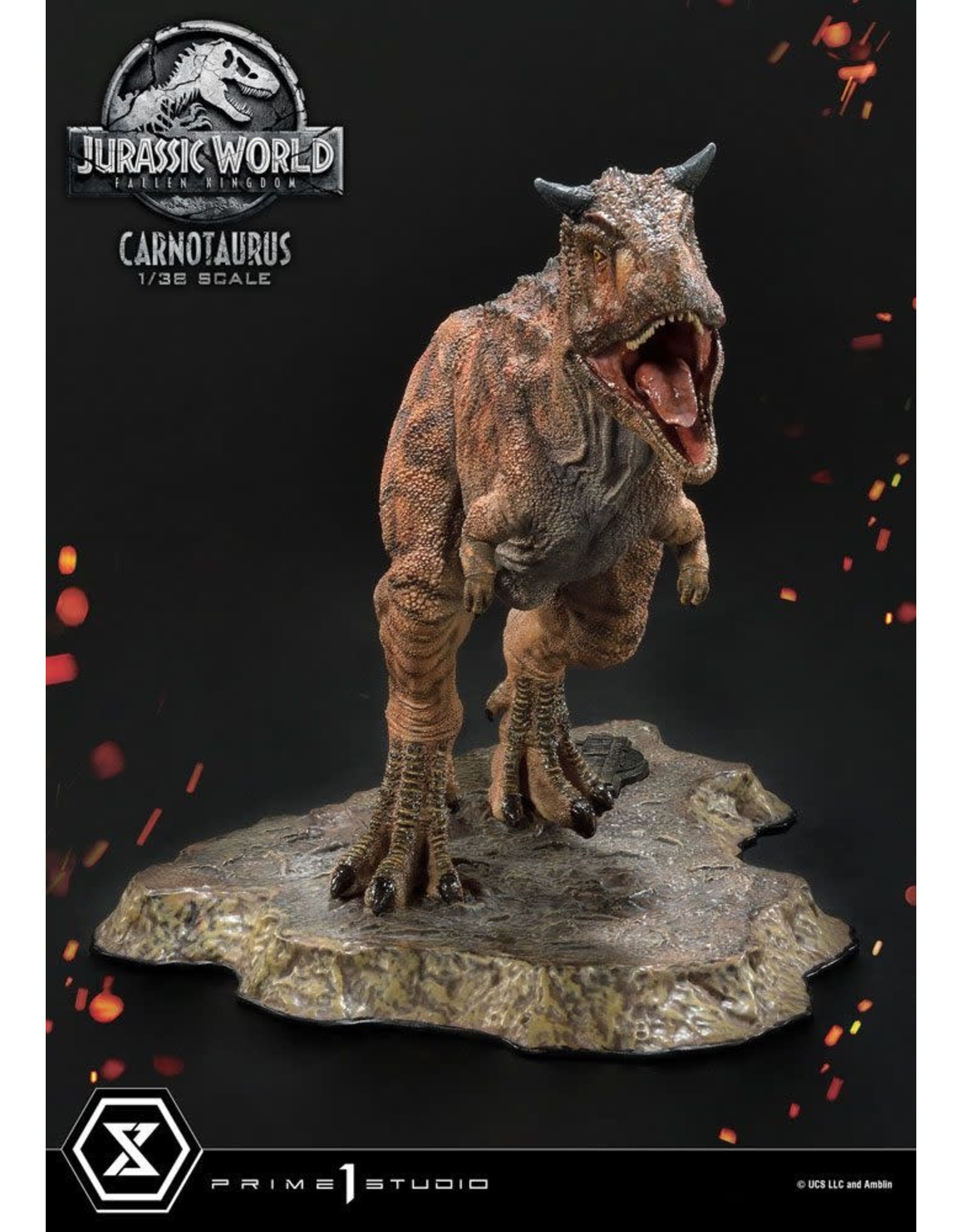 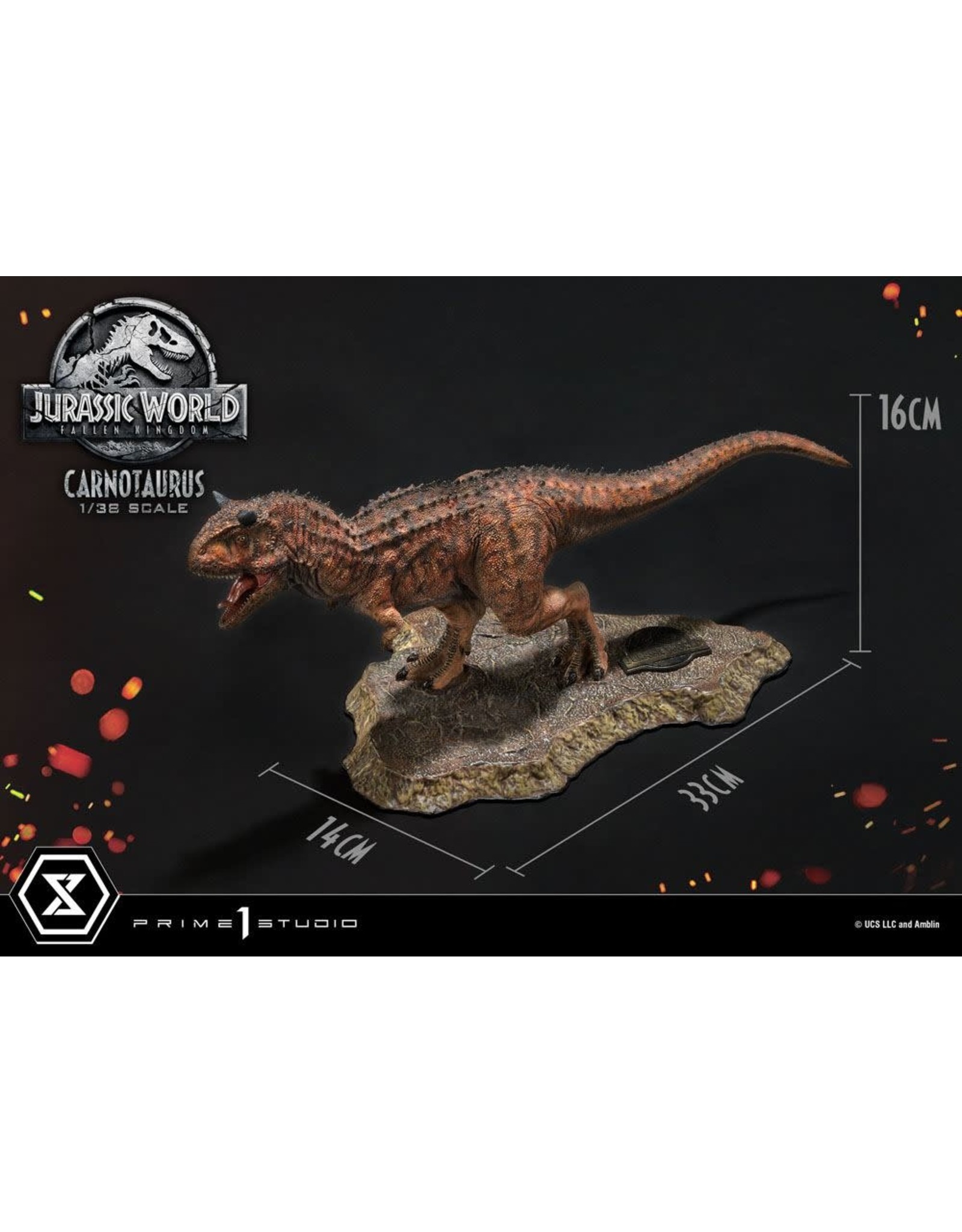 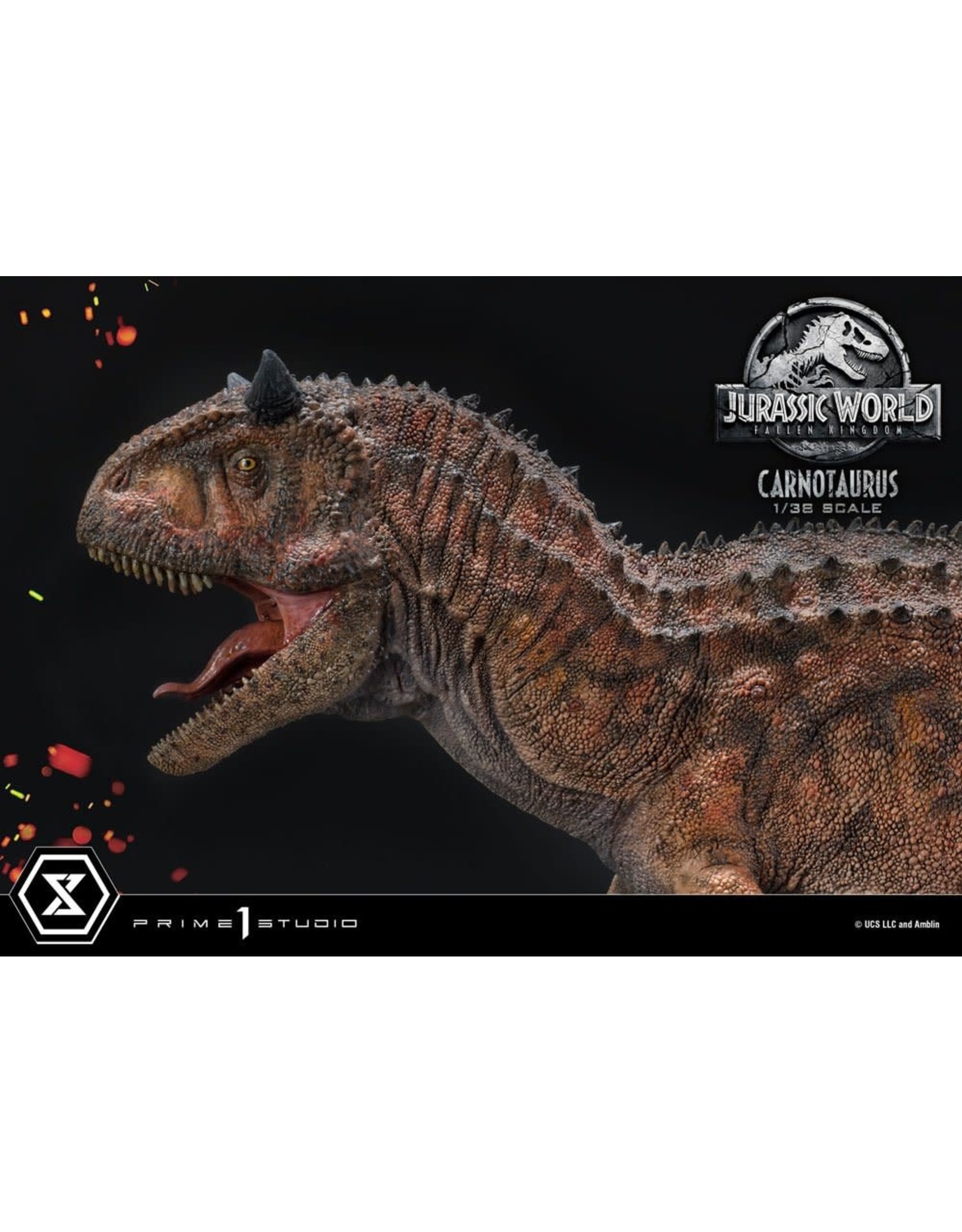 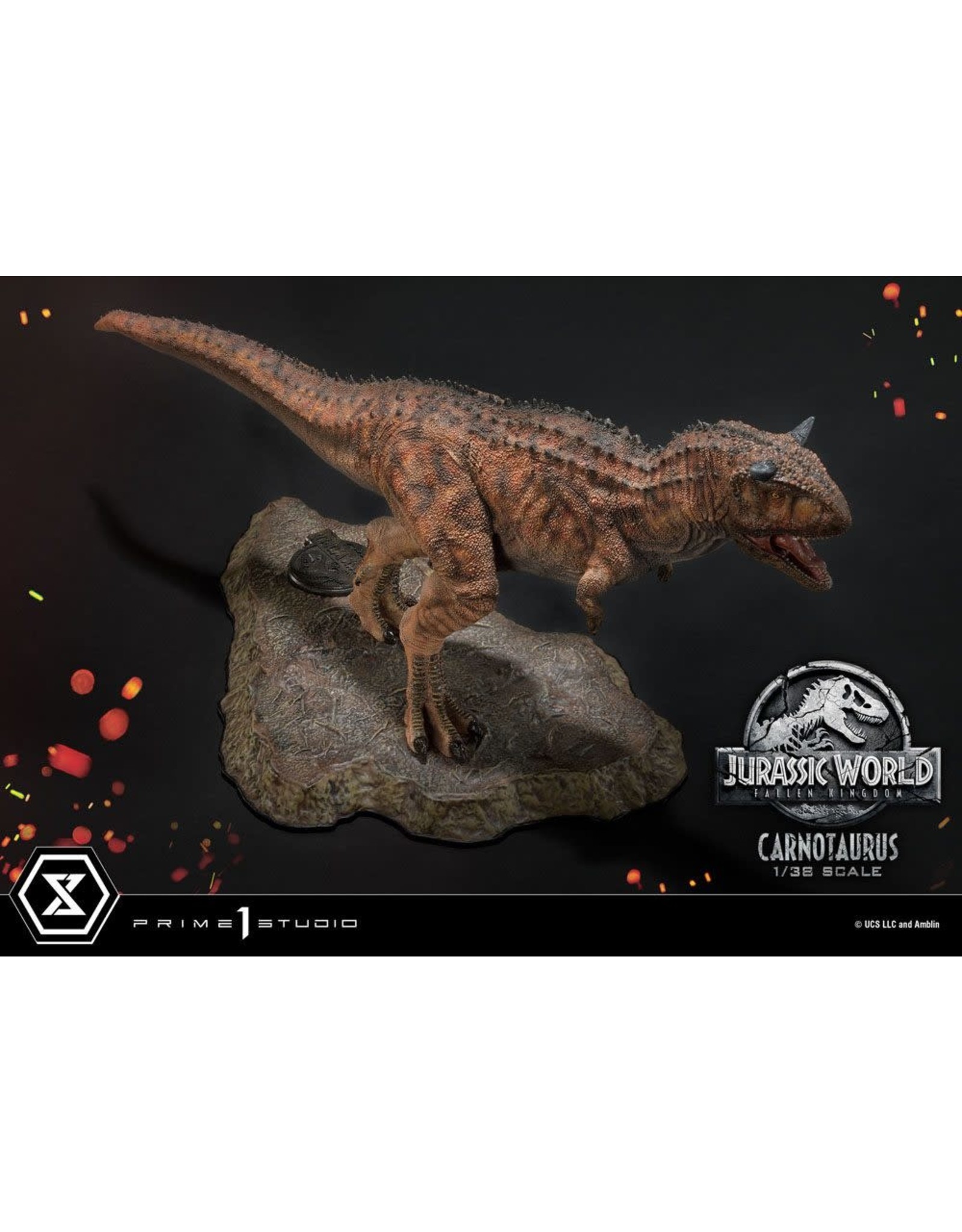 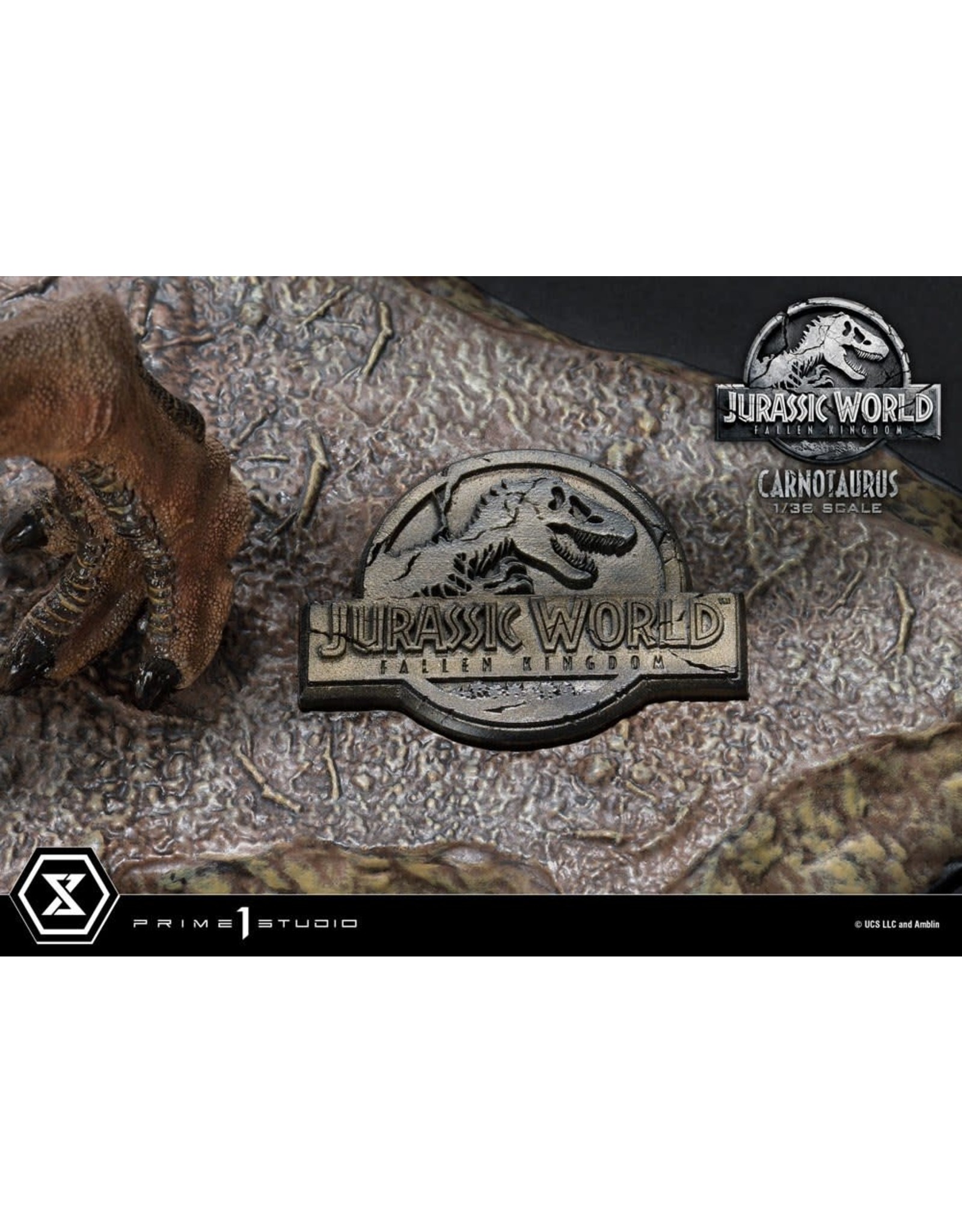 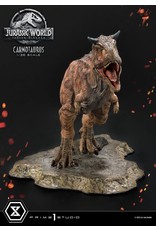 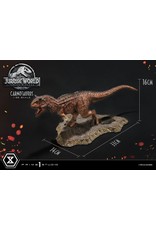 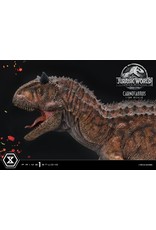 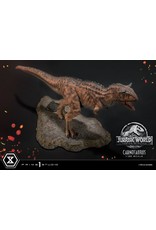 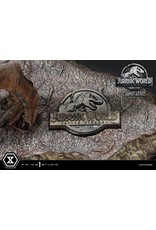 "These creatures were here before us. And if we're not careful, they're gonna be here after...We've entered a new era. Welcome to Jurassic World."
- Dr. Ian Malcolm

2018's Jurasic World: Fallen Kingdom introduced us to a new challenger to the T-Rex's title: the freasome Carnotaurus! With its name derived from the Latin "carnis" (flesh) and "taurus" (bull), this horned carnivore was a sight to behold at the climax of the film. Possessed of sharp horns above its eyes and an armored skull meant for high-impact blunt force, the Carnotaurus was also one of the fastest large therapods. Carnotaurus is scaled perfectly, at 6 inches, with Tyrannosaurus Rex (PCFJW-01) so you can recreate their conflict at the end of the film. Prime 1 Studio artisans have sculpted the intricate scaling, teeth and spikes with utmost craftmasnhip. They have spared no effort in recreating the Carnotaurus' muscular anatomy. Its coloring is distinctive with its contrasting striping. Satin finishing envelops the entire body with a gloss coat finishing its monstrous eyes, teeth and talons.

We have equipped the Carnotaurus with a minimal rock base to show off its aggressiveness and stance. Lastly, we have also added a handsome Jurassic World plaque behind its feet.

The portable size and attractive price of the Jurassic World: Fallen Kingdom Carnotaurus will not only make it a sought-after piece, but makes it easy to keep collecting the whole series! Don't wait, get yours today!